by Matt Button on 14th December 2018 in Adventure, Snow

You might think that a quick dip in the ocean on Christmas day risks hypothermia and might have your family questioning your sanity but Captain Lou Rudd is attempting a world-first – the crossing of Antarctica. 70 days. 1,500km. No support. No assistance.

Rudd left Messner 41 days ago bound for the Ross Ice Shelf. Along the way he has been keeping a diary of his arduous trek through the lonely frigid wastes of our last continent over at Shackleton outerwear.

He’s passed the halfway mark and is on a bit of a roll. 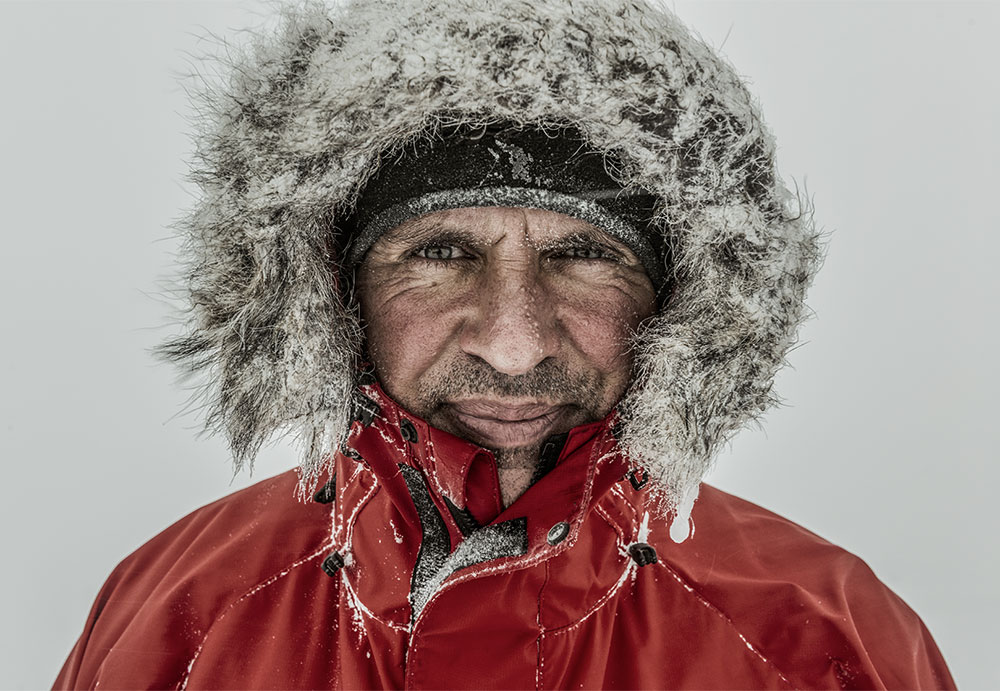 On day 41 the good captain hit the South Pole, stopped for a chat and then pushed on. It’s all down here from now but certainly not all gravy. There are still over 500 miles of near impossible snowy terrain to get through, around and over.

The mental struggles as well as the physical ones appear in his diary ‘The 11 hours was a long, hard slog of clock-watching; looking to see if an hour had gone by, and 20 minutes had gone by.’
and later in the dispatch…’I guess going 37 days straight – without a proper rest day – is starting to take its toll.’ 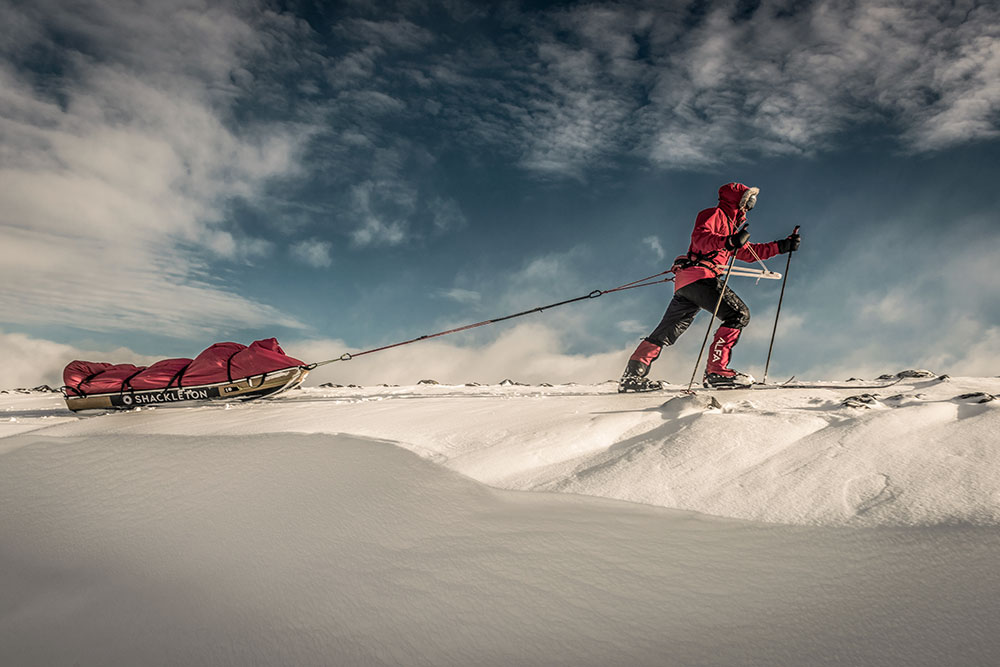 Shackleton are the official expedition partners, lead sponsor and official clothing supplier of The Spirit of Endurance expedition. The huge undertaking is also supported and backed by the British Army who are raising money for The Royal Foundation’s Heads Together mental health charity and for ABF The Soldiers’ Charity.

Rudd has been working with these charities since his previous SPEAR 17 expedition (another epic coast to coast antarctic adventure), where they managed to raise £50,000.

The slightest mistake down there can have grave consequences

If he makes it, and we at House of Beyond wish him all the best, he’ll be the first person in history to cross Antarctica solo, unsupported and unassisted.

To achieve it he’ll have to ski and haul 40 kilograms of kit along the way through ice fields, glaciers, howling winds and through the brutal beauty and savagery of our last continent, the ‘White Queen’, as Rudd calls it. 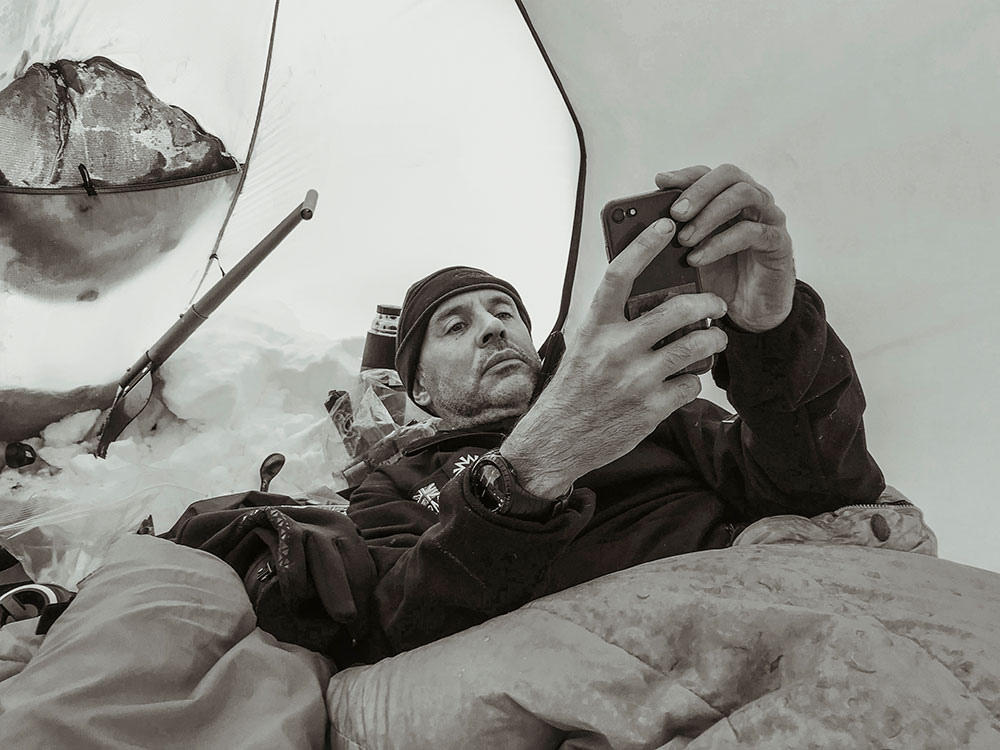 ‘There’s always the sense that the place could kill you in minutes’ he says in his video and worries that ‘the slightest mistake down there can have grave consequences.’

Follow this staggering feat at the edge of human endurance over at Shackleton. 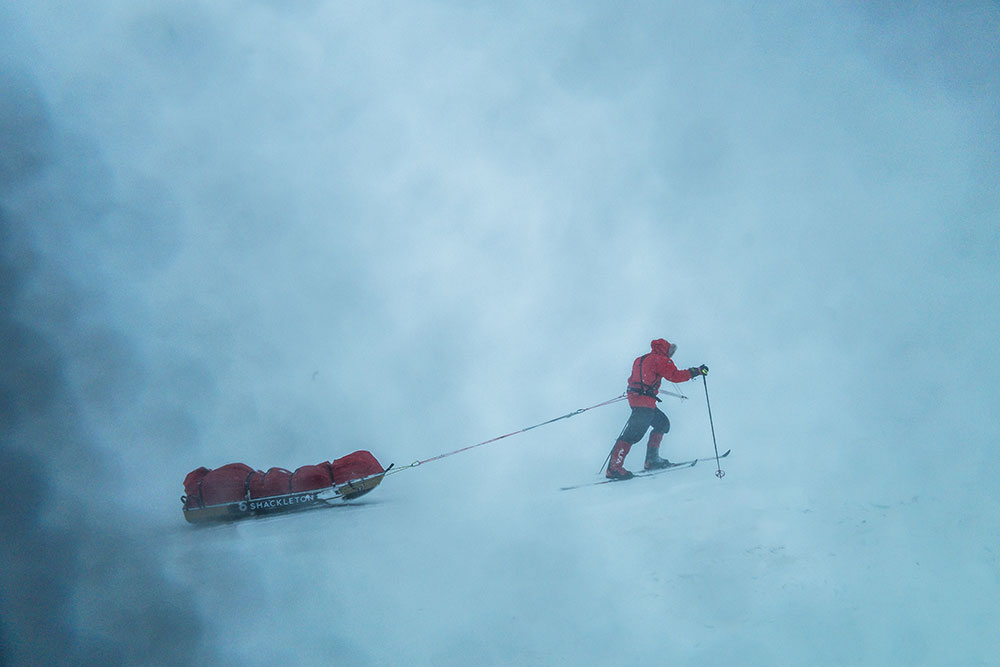 The inventor of the snowboard has just launched a new brand
Endless possibilities
The Escape Committee. A journey across Europe in two generations
Go home, Polish