No one wants short boards anymore

by Matt Button on 8th October 2018 in Creator, Surf
Time to read: 4 minutes

If you surf sooner or later you’ll end up at Chris Jones’ door. Who else can offer you fifty years of shaping experience? Who else was there at the beginning? CJ, legendary shaper/surfer, rugby fanatic, pasty connoisseur is this morning sanding down a vintage Tiki for restoration. It’s about forty years old and in surprising condition.

Above the Cornish Air Ambulance is searching for somewhere to land in Newquay. 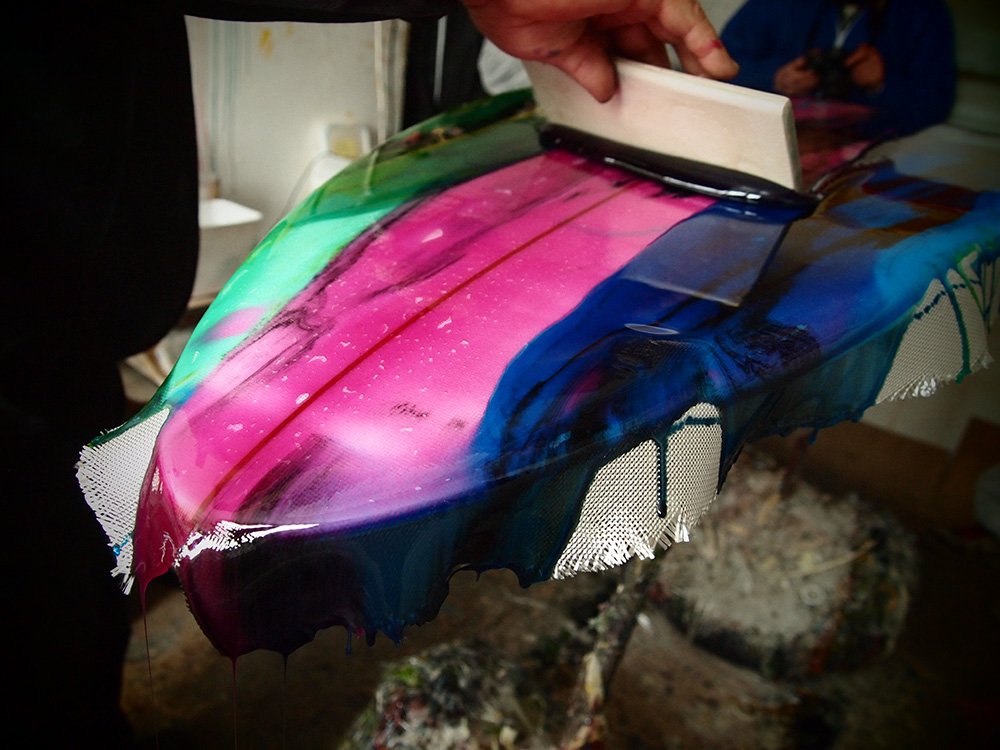 Jones has been making surfboards in Newquay since 1965. He was a competitive surfer winning the English, British and European titles in the 60s.

They say every gentleman should have a tailor. In this age of mass-produced surfwear it’s almost impossible to be unique. Ok, so a hipster may team a charity cardigan with a pair of Carhartt chinos by way of an ironic comment on postmodern consumerism but for the rest of us it’s mainly mass-produced in China. Surfers have always loudly asserted their individuality and in this world of uniformity the gentleman surfer still has his shaper.

What do you want? A fish? A thruster? Single fin egg? Want it in polyurethane, epoxy, red wood or carbon fibre? No problem, CJ has seen it all. Well-respected as a leader in the field he started as a damn hot longboarder. He’s been Cornish, English, British and European champion at some point. 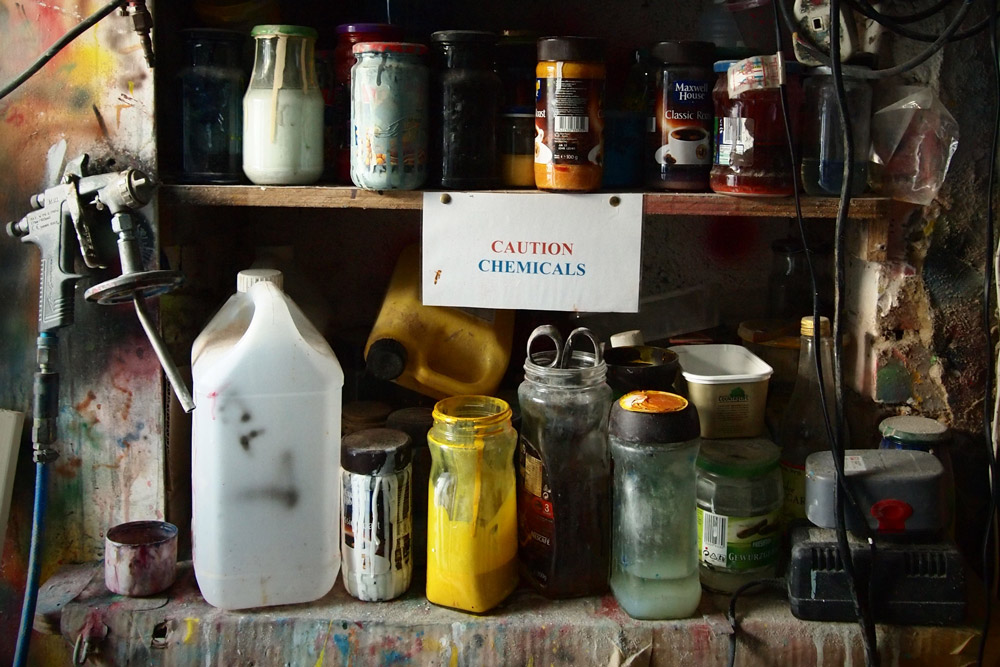 Chemical Romance, but there’s no denying that woodwork smells better

He’s seen the shortboard revolution come and go, the revival of the logs and the retro movement. Who better to get your board from than the man who shaped Cheyne Horan bonkers Laser Zaps in the UK?

The sanding is done and we stop for coffee. ‘I recon those designs cost Cheyne a world title or two’. Horan, the mystic genius and space oddity, paddled out into heats with teardrop profiles and mad winged keels designed by Kiwi yacht designer Ben Lexcan of the Americas Cup fame.

‘No one else could ride the bloody things. Only Cheyne’ said Chris pouring the hot water. I think this is the first time I’ve been here, possibly ever, when the place isn’t crammed with a stream of friends, clients and acolytes in the way.

‘That boy was unique’ and surely that’s the point of surfing. We are all individuals after all. What works for Horan, Slater or Reynolds isn’t going to work for you and me. Am I going to hurt your ego if I imply you are less gifted than these individuals? Maybe a little podgier? Your local break less perfect than Cloudbreak, Ulu’s or Santa Cruz? Me, too.

‘I tried to shape them more for the Cornish waves. Ultimately ended up with my Platypus nose, wider at the nose and less of a fat arse than the Lazer Zaps. They bloody flew’ The same thing happened with Slater. There was a queue of surfers hoping that by some miracle mirroring King Kelly’s potato chip would bring about tail slides and airs.

When the resulting backlash came and the retro craze kicked in no one was better suited to fuel the new chaos. ‘Everyone wanted everything. The more obscure the better. It was a great time to be making boards”’

Of course, there are reasons a lot of those designs faded out, but taking those ideas and blending it with new materials, hydrodynamics and decades of experience saw the birth of a host of great new boards. ‘The Mini-Simmons. Such a great board. Originally it was supposed to be eight foot long but at the six mark they’re fantastic.’

The red Tiki is ready for taping up and glassing so I wash the mugs while Chris carries it up stairs.

No one asks for a standard short board anymore

’It’s still a nice time to be a shaper. People’s minds are more open. Well at least the ones who come here’. That’s another point, whether you want your board revived, renovated or even re-imagined people come to CJ. Part artisan, part alchemist and more often miracle worker he resurrects pieces like this Tiki.

‘No one asks for a standard short board anymore’. People who want something special hunt the back streets around Wesley yard looking for the hidden front door. CJ surfboards have been found gliding across perfection from Arugam Bay to Yallingup.

Although all who enter do so at their own risk, once inside it’s a toy store and treasure room in one. You may arrive with a singular design but within minutes they are filled with a compulsion for a bonzer or a Takayama noserider. It’s impossible to leave with your sanity intact.

The taping is done and the mix is measured. In the racks are a range of odd shaped blanks in various states of glassing. No two are the same. Many modern shapers may take your design, render it down to byte size pieces and a week or two later there you go, a new board. 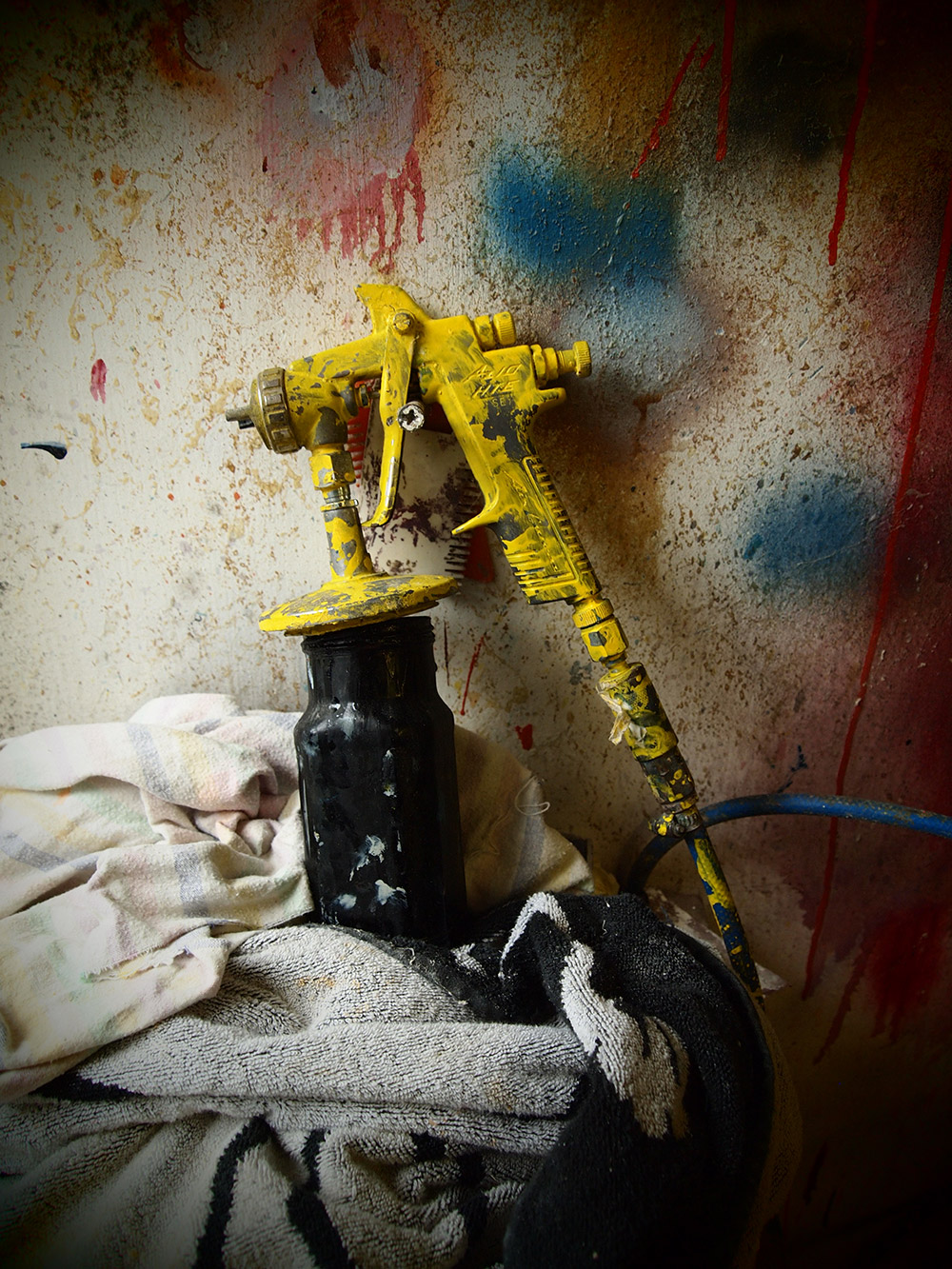 But it’s not the same as watching it mown from the blank, marvelling at the grace and finesse as your new beauty grows out of the foam one chamfer at a time. The shaping bay is filled with anecdotes from the World Champs at Bells in 1970, or watching the filming of Witzig’s seminal Evolution. That you don’t get from a shaping machine.

Over nearly fifty years Chris Jones has gently and cheerfully tacked through the winds of change in the surf industry. What’s left? “For me? I loved making that Paipo for Lionel. It was just such a pleasure working with wood.

‘There has to be something more sustainable than this stuff.’

Chris pours a long silver thread of resin along the Tiki’s deck. There’s no denying that woodwork smells better. ‘Maybe an Alaia or Olo. I’ve got some nice Paulownia wood hidden from you guys.’ Chris smiles and spreads the resin. Silver becomes purple which soon turns deep crimson.

I leave him to the Tiki and head downstairs to take some photographs. But while I’m there I might just have a crafty look for that Paulownia. I came in for a Mini-Simmons but now I quite fancy a new Alaia. 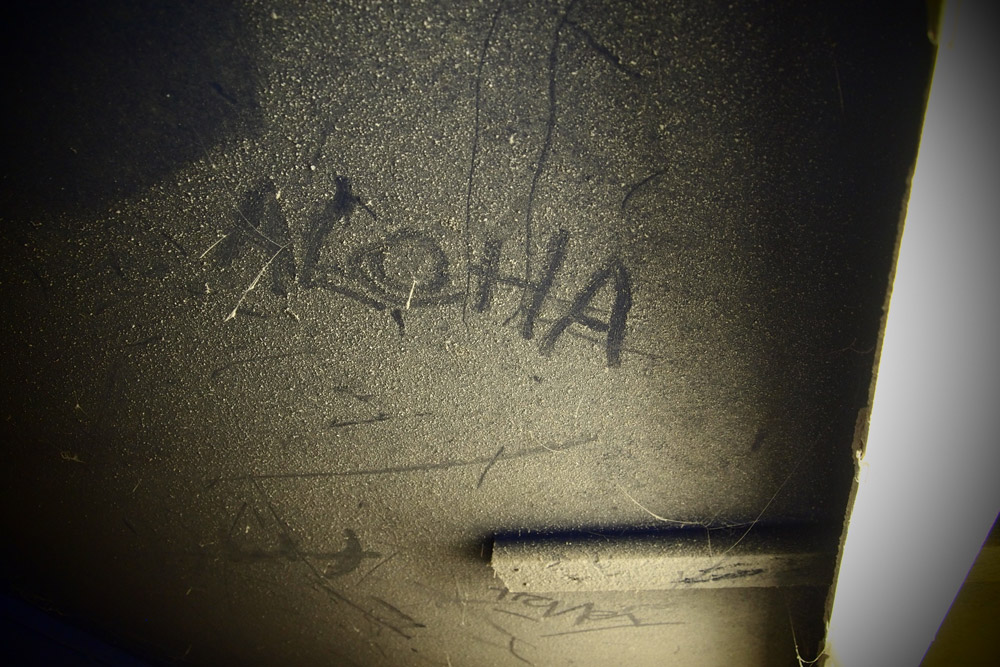 Killer carves: From the Cape to Cornwall
All hail the rail
A Line Between the Tides.
Nothing wrong with a bit of trouble: The Lisa Andersen Story
Share this...