Killer carves: From the Cape to Cornwall

by Matt Button on 16th October 2020 in Interview, Surf

I’ve just made Tehillah McGuinness’ day. All I had to do was say her South African accent hadn’t faded.

‘I worry I’m losing it a little. Accents are part of our identity aren’t they?’

She’s just made my day. The surf is better here in Blighty than in the Canaries. ‘There’s a massive swell forecast, so it’s kinda stormy and wild at the moment, the sun’s out, too.’ And while Watergate was flawless and empty I neglect to mention the thick frost coating fields of cabbages. 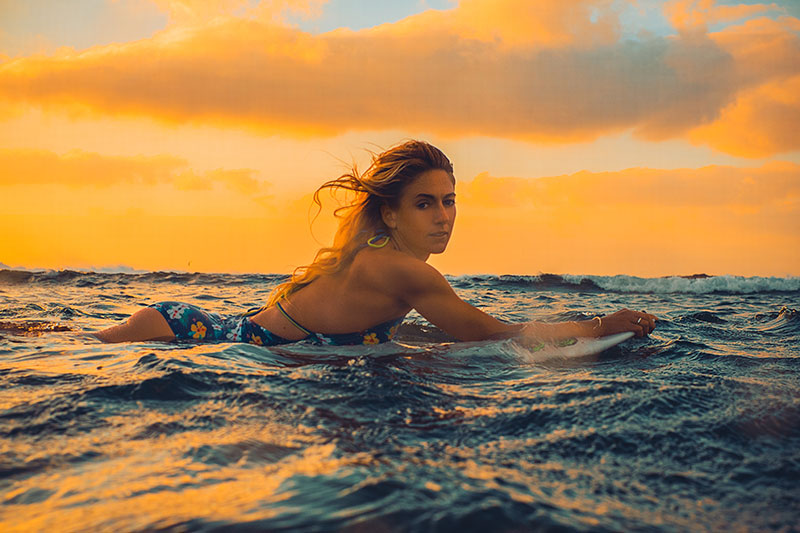 While I risked cardiac arrest just pulling on my wetsuit this morning Tehillah stepped into another warm Canaries sunrise and went in search of a few waves. By the time the rosy light of dawn had evaporated into the crystal clear skies of Africa her search was over.

For the moment the new swell was all over the place and not worth getting wet. Disappointment was healed with coffee and croissants at one of the bakeries that littered the north shore of Fuerteventura. ‘It would be rude not to’ she laughs.

Tehillah McGuinness laughs a lot. I think I would laugh a lot if my life looked like Tehillah’s

Tehillah McGuinness laughs a lot. I think I would laugh a lot if my life looked like Tehillah’s. She’s got it sorted. Until last year she divided her time between competing in the British summers and the rest of the year in the balmy laid back Canaries.

‘If you’re not into water sports this place is kinda boring, but I love it. If there’s no surf I might do a little open ocean swimming or some SUP. There are some wicked bike trails through the hills. If I’m not training then I’m teaching down at Ohana Fitness and Surf. Getting visitors into the stoke, you know passing on the aloha.’

And that’s what she’s all about. The year off competing has been spent expanding and building her surf, health and fitness business Ohana. It started small with a view on improving people’s physical and mental health and over this last year Tee and her family and crew have expanded it adding new accommodation, new packages but the same old warm-hearted stoke. 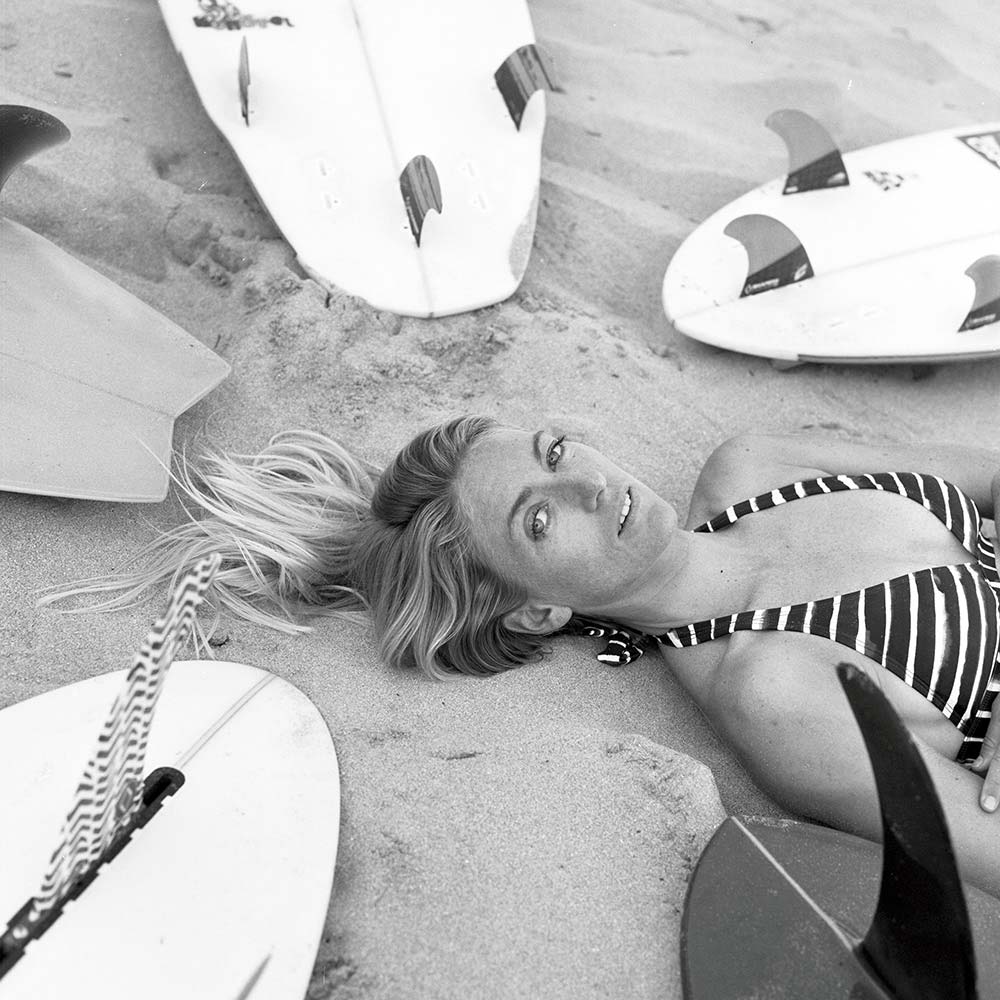 Born in Johannesburg it didn’t take long for her mum to realise her mistake and moved the family out to the country. ‘We moved around quite a bit to begin with.’

The family found itself at the surfing Mecca of Jefferys Bay for a short period but also the prosaic horror that is Bloemfontein, but it was in the sleepy town of Port Alfred that she finally settled into surfing. ‘We could see the surf at East Pier from the school playground.’

‘At break we’d peer down the coast and decide where we’d go straight after school.’ Tehillah’s mother had surfed as a young woman but the release of Spielberg’s Jaws in 1975 put an end to any further water adventures. ‘Her heart still belonged to the ocean and the coast and she instilled a love of both in her seven children.’ 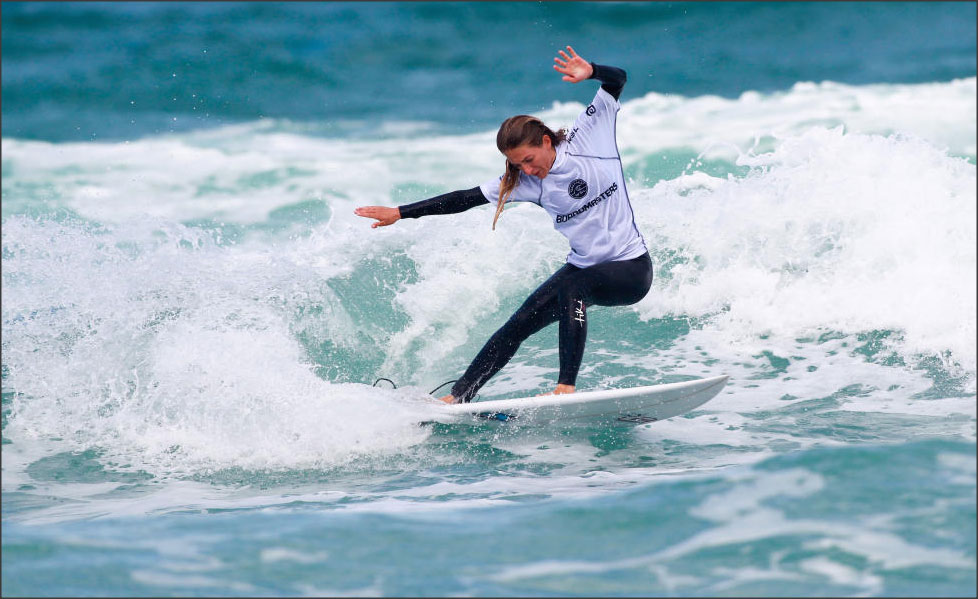 Like a lot of South Africans Tehillah initially threw herself into sports. ‘In SA we don’t have all that support you guys have. Sports are a way out and a way of staying out of trouble.’ With a lack of fast twitch fibres she found her frame lent itself more to long distances. Running 800m and even a few 8kms kept her out of too much mischief until eventually the knees needed resting and so she channeled that same competitive drive into surfing.

The ‘cruising, easy days’ of surfing the East Pier, where the bigger boys called the girls into the sets to watch them get hammered and come up laughing, gave way to a more serious athletic approach to the sport. ‘I did some of the local contests after about two years, then did some national contests. I did the South African national champs in 2009.’

At the time the world was seeing a revival in South African surfing with the rise and rise of Jordy Smith. SA is a long way away from anywhere but as a young surfer she found herself influenced by South African heroes like Wendy Botha and Heather Clark.

As an adult she aspires to the feline grace and power of the six-time world champ Steph Gilmore. ‘The girl is charging. She’s always got time for her fans, always smiling. Even when she’s not surfing she’s classy. The stuff she did for Vogue allowed her to retain her style.’ 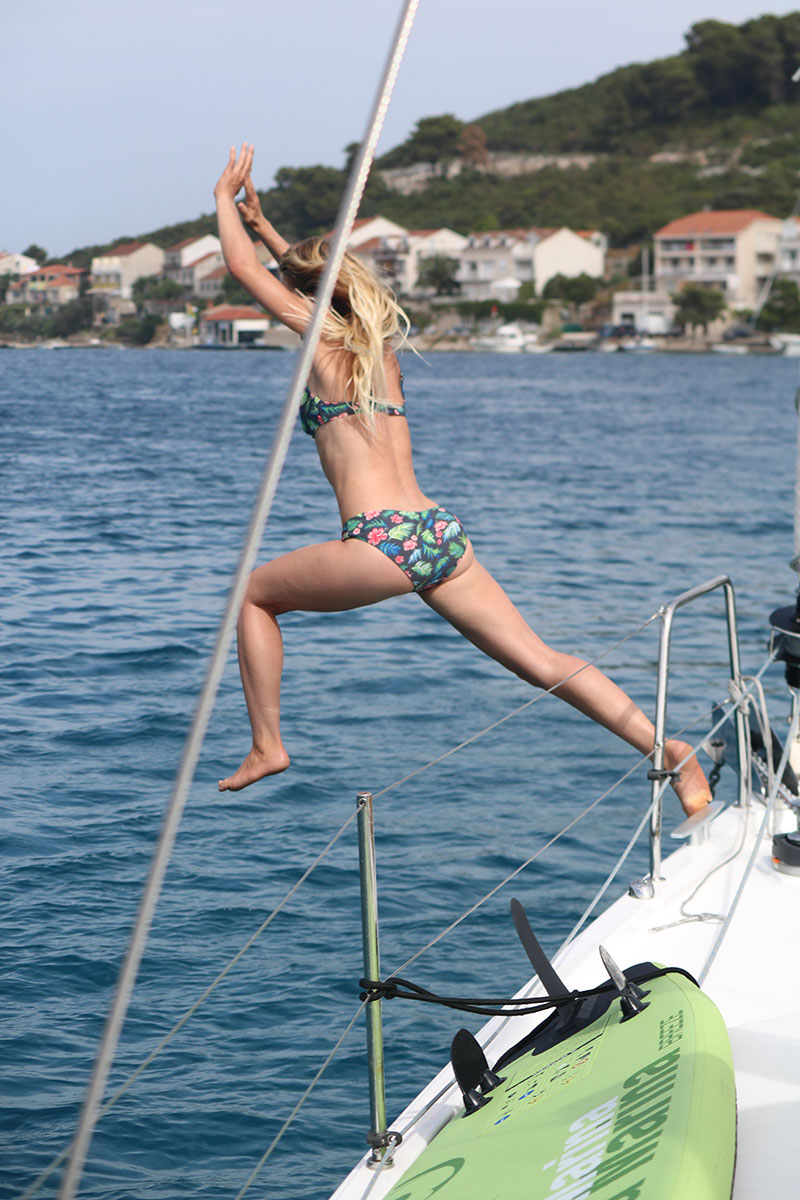 The signature range with Urban Beach

Ashamedly the sexualisation of women athletes is again a hot topic. ‘The other day my friend’s daughter asked her how she could be a ‘Surf Model.’ Not a surfer, a surf model!’ We all thought that things had moved along since the Wendy Botha playboy incident of 1992 but then Roxy, a brand who would argue they brought women’s surfing into the limelight, released that awful advert for their event in Biarritz.

When did it become ok for the sexual side to take over in the portrayal of women surfing?

‘When did it become ok for the sexual side to take over in the portrayal of women surfing? It makes it difficult to take you seriously as an athlete.’ It is a difficult subject and one that surfing as a whole has been struggling with since its rebirth. although the equal pay for women’s events on the WSL has gone a small way to readdressing things. I try to lighten the mood a little ‘It’s not something ice hockey or sumo struggle with I imagine.’  She laughs.

So who should I put my money on for the future of SA surfing? ‘Bianca… what’s her name? Bianca Buitendag, she rips! So do the Smith sisters Emma and Gina. For the guys Dillon Perillo and Remi Patterson charge.’ I ask her if she feels Jordy has a shot at a title.

‘He’s got everything it takes, so yeah I recon so.’ I ask her if it’ll count if Slater has retired. ‘does anyone know if he has actually retired? But yah, I hadn’t thought of that. He’s the man to beat. Him and now Jon Jon. I guess it’ll mess things up for a while after he steps down. If he ever does’ 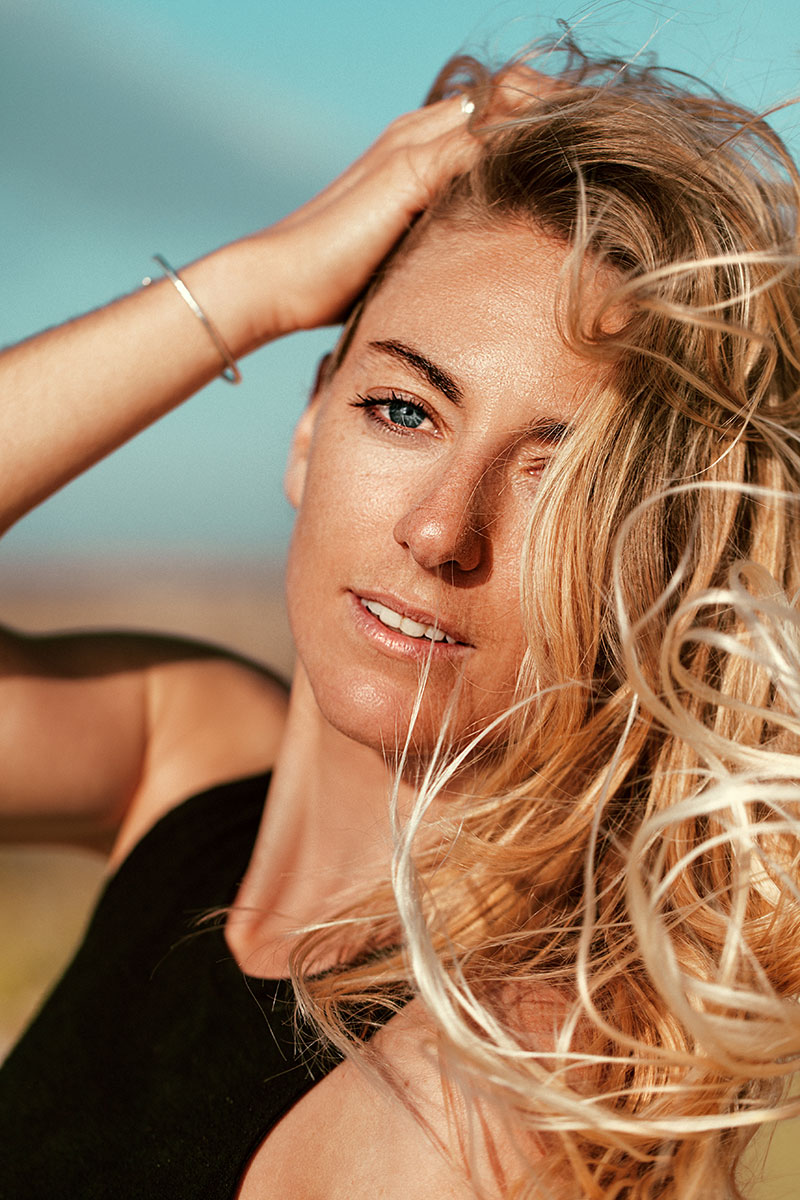 And what about Tehillah? What’s the future?

‘I’ll be back on the UK Surf tour next year. I want to do my sponsors proud and get stuck in. I have a signature line with Urban Beach but I have a new range coming out next year, too. Something vibrant and super colourful I’m thinking. Build up my reputation, my business’.

‘I did a few surf events down on Perranporth helping young girls get into the sport. I’d be keen to do a few more. I want to help them sidestep all the image stuff and just surf, to be brave and beautiful. You know, just pass on the love. Pass on the Aloha.’

The delight in life: An interview with John Callahan
From curtains to kings: The story of Alder Surf
Experience silences youth
Brazilian Storms

One reply on “Killer carves: From the Cape to Cornwall“