South Africa is known for being unfairly graced with beauties and treasures. Precious metals, toothy wildlife, world-class waves and world-class crime but now, briefly at least, it has something new to offer you – Backcountry pow!

This winter full time videographer and filmmaker Luke Bell turned his back on the glories of Cape Town and its penguins and drove, hiked and climbed three hours to the peaks of the Matroosberg Reserve.


‘We don’t get regular snowfalls, but in winter there’s about two or three pretty big ones in the mountains in the Western Cape. This is the biggest snowfall in 10 years!’ said Luke.

Africa as a continent is known more for its blistering heat than fresh powder runs. It has no Alps, Andes or Himalaya but the rocky peaks of the south occasional get a dump of the old white stuff. Enough to make those who are addicted to throw their kit in the bukke (4×4 truck) and head inland, and upwards. 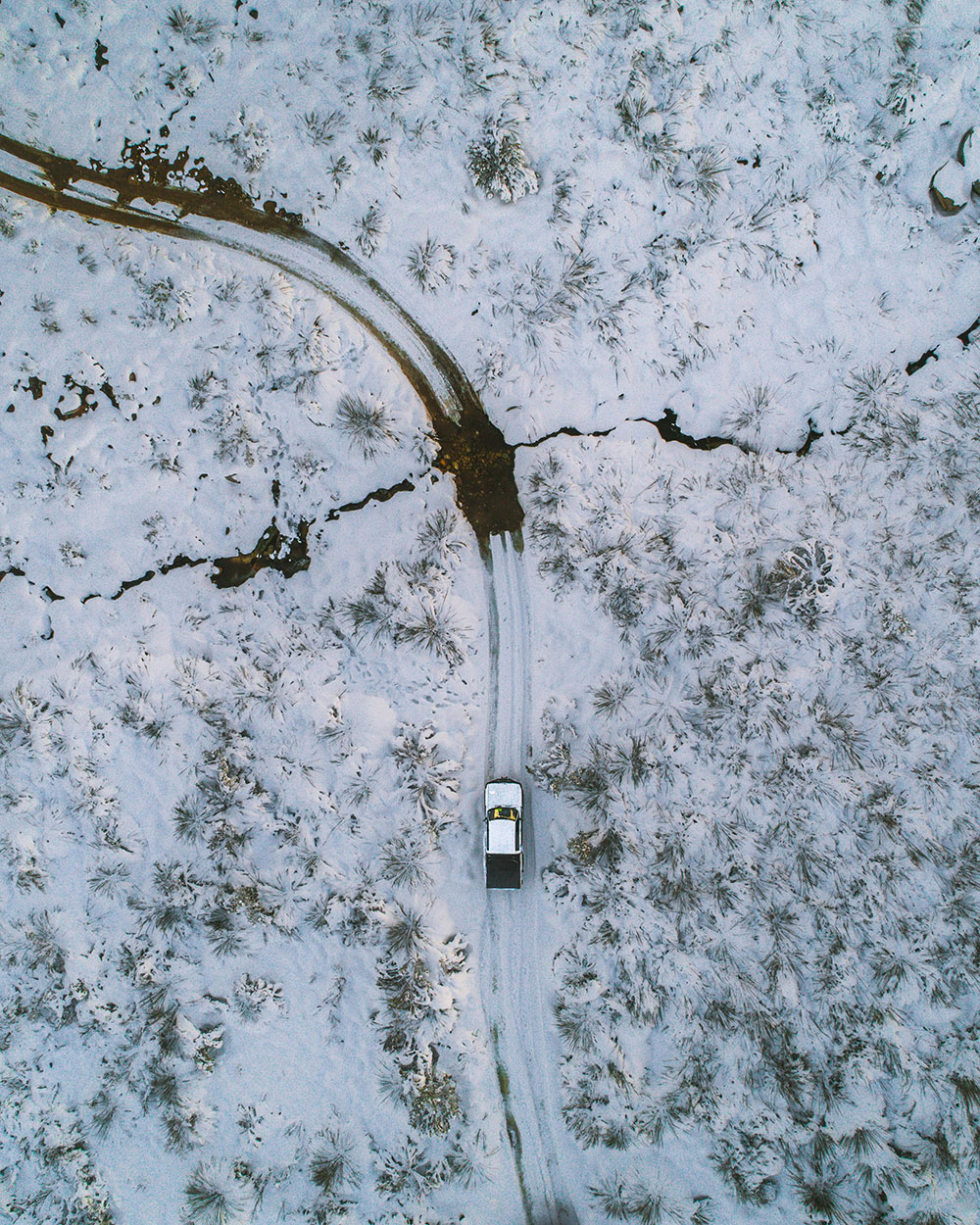 There is only the tiniest of community of snow fiends hidden away on the Cape and although the snow is limited there is still a ski club.

‘The only other place I get to ride in and around SA is at Afriski. Sometimes I go up there with friends. There is a ski resort in South Africa called Tiffindell. Afriski is in Lesotho. They only have like two tiny slopes though! But it’s still better than nothing.’ 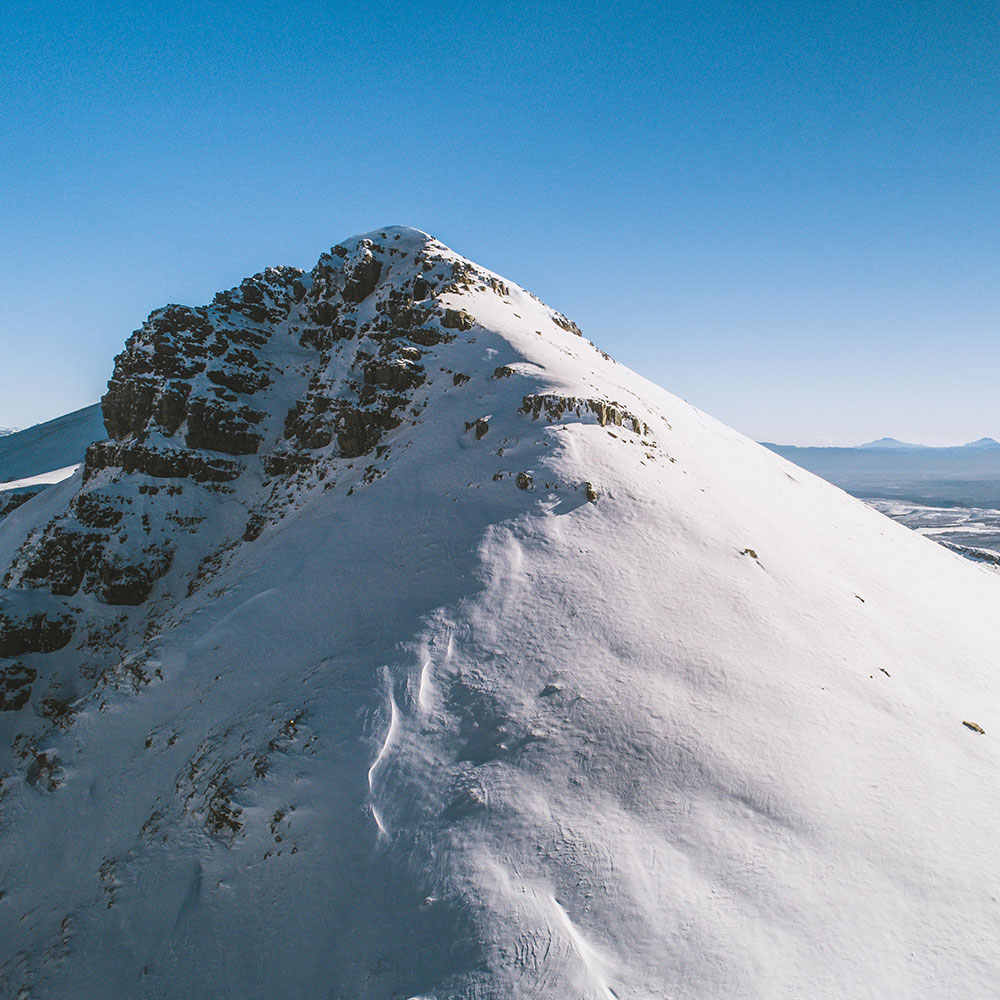 And when you have the staggering beauty of the Western Cape and all its hidden chutes and steeps to yourself why would you moan. Especially when you can still get a world class surf in as well. Yet we can always plan for next season to go bigger and better.

‘Next year I’d like to try and organize a heli lift up to some of the peaks.’

Until then for those snow starved souls marooned on this hottest of continents check out Luke’s beautifully edited drone footage of his mission to Matroosberg. There’s tons of amazing footage from SA and beyond at Luke’s youtube page. 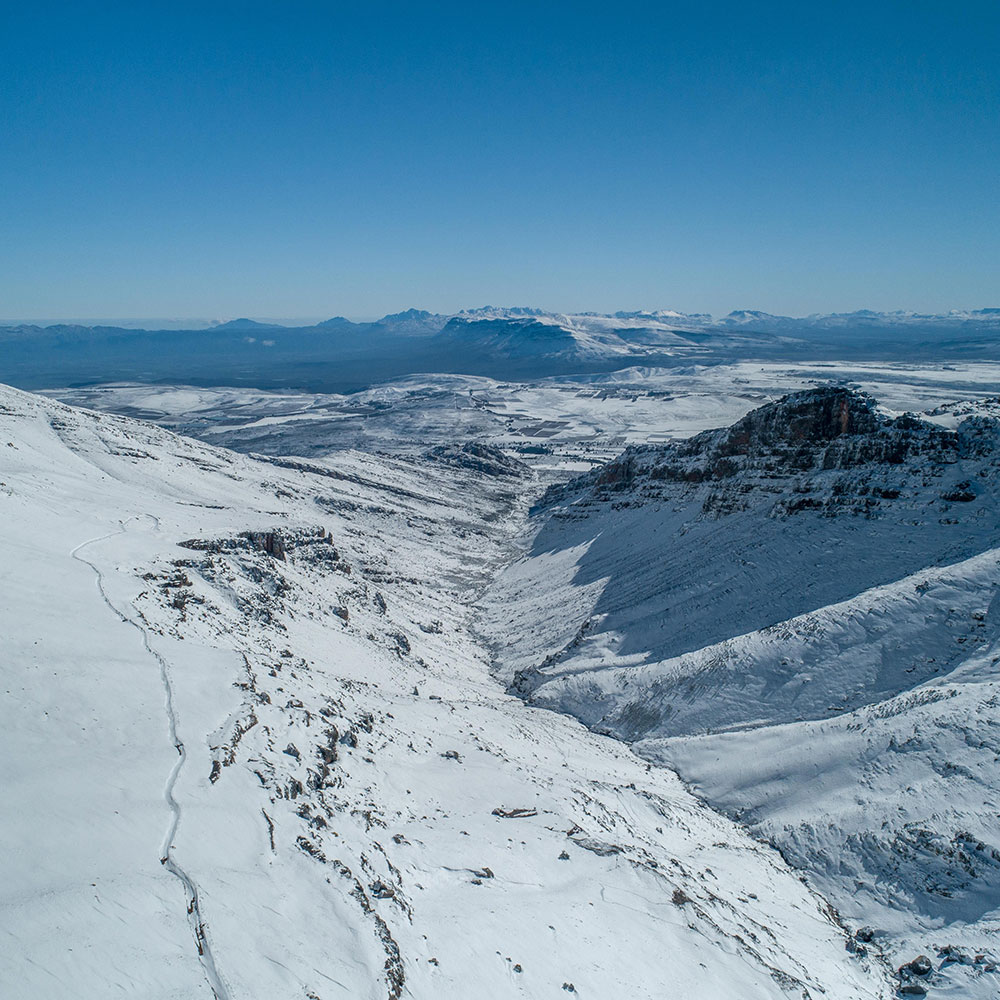 Your snowploughing sucks? Get paid bucks!
Troll slayer! Europe’s tallest vertical rock face gets skied
Snowfarmers: Before the sun, before the rush
Killer carves: From the Cape to Cornwall