Nothing wrong with a bit of trouble: The Lisa Andersen Story

A note that read ‘Going to California to become World Surfing Champion’  was all the 16-year-old, Lisa Andersen left when she ran away from home. Eight years later she secured her first world title.

What happens in between is an exceptionally human story of a very private icon. Lisa Andersen changed the face of professional surfing performance, culture and fashion, becoming the first woman to feature on the cover of Surfer Magazine and winning four straight world titles from 1994 to 1997.

Lisa Andersen surfs better than you!

‘Lisa Andersen surfs better than you!’ was how Surfer magazine put it after she had hammered all other contenders into the dust. Hurricane Lisa, like Hurricane Kelly, roared out of Florida with the sole desire to tear apart the surfing world. Every woman today not wearing retrofitted men’s surf trunks and wetsuits should shake her hand and buy her a beer.

Thanks to her work with Roxy women today have the option of whether they want to look like a badly dressed dude or something else. But most of her she solidly and unrelentingly
validated women’s surfing.

Trouble, the story of Lisa Andersen, was a sold-out main event on the Saturday of this year’s 2018 London Surf Film Festival. 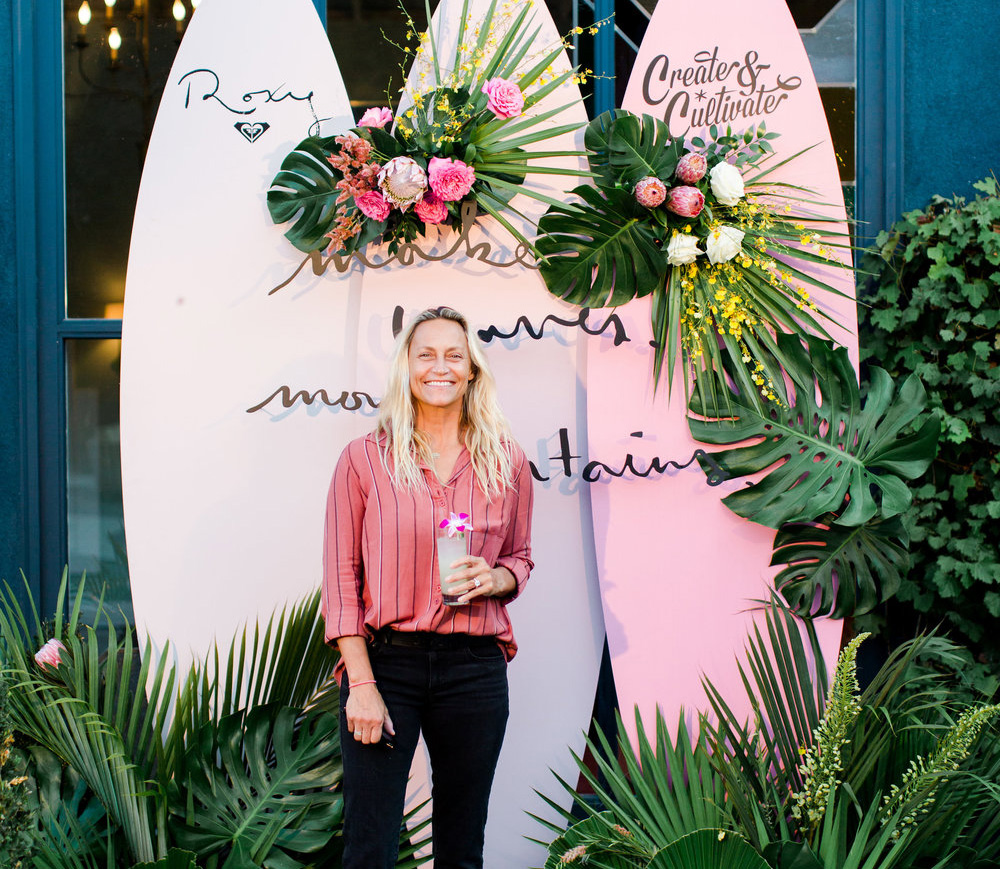 Director and journalist Chas Smith took on the daunting challenge of telling Andersen’s story. Earlier this year he told Surfer Magazine ‘Lisa was always one of my favourite surfers to watch. How she approached surfing is so beautiful and what she does is so amazing. I felt like her story hadn’t been told the same way as the Bustin’ Down the Door guys
or Kelly, or whatever. There are a bunch of great surf documentaries, but I don’t know that there’s one about one specific woman. To me, Lisa is the one. She should be the first.’

The film premiered in Andersen’s home town at the Surfer Bar in Jacksonville Beach as part of the Florida Surf Film Festival in June, the very place she’d run away from all those years ago. ‘It had to premier there,’ said Smith. ‘It couldn’t have shown anywhere else.’

My family drive me crazy

‘My family drive me crazy,’ Andersen told the Guardian in 2003. ‘I crawled out of my window and ran away from home so many times that my dad had to board up the windows. Eventually, I was placed in juvenile detention’.  And that’s just the beginning.

Andersen recounts her tale with her characteristic stoicism. Each painful wound and scar is offered openly, from sleeping on the streets under her board as a kid to losing momentum and commitment on the world circuit as she struggled to find discipline. Her strength and fortitude are tempered with humility and openness as she discusses her secret relationship with Brazilian world tour judge Renato Hickel and the fall out. Smith’s documentary has you cheering the champ-to-be again and again as she fights the surfing world’s
demons and her own.

What you also learn through interviews and exceptional surfing is her genuinely warm character. Above all it’s a human story, one of a driven and determine soul that would culminated in six-time Surfer of the Year award winner one of Sports Illustrated’s 100 Greatest Sportswomen of the century.

And when all is said and done Lisa Andersen, mother, surfer, businesswoman, still surfs better than you. 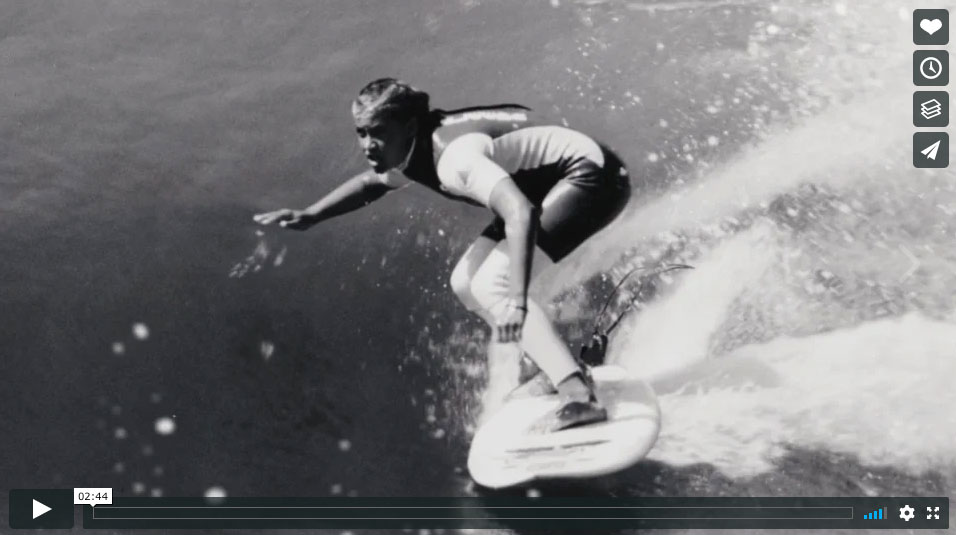