Never meet your heroes – One day in J Bay

by Matt Button on 8th October 2018 in Surf, Travel
Time to read: 3 minutes

Twenty four hours is not enough. In fact it was less than that because we had to be in Bloemfontein for tea. A tragedy and a crime.

South Africa is unfairly blessed with perfect surf. From the frigid perfection of Cape Town to Surf City SA of urban Durban or for those who wish it the angry behemoths of Dungeons, a contender for monster suicide death wave in any given year. Even its neighbours are gifted. To its left are the tropical rights of Mozambique and to its right the nippy lefts of Namibia.

All amazing and all world class on their day but none of these compare to J Bay. Jeffreys Bay, a wave drowned in superlatives and accolades. Ten perfect peaks stretching along a single bay. It couldn’t possibly be that good. After all they say you should never meet your heroes. 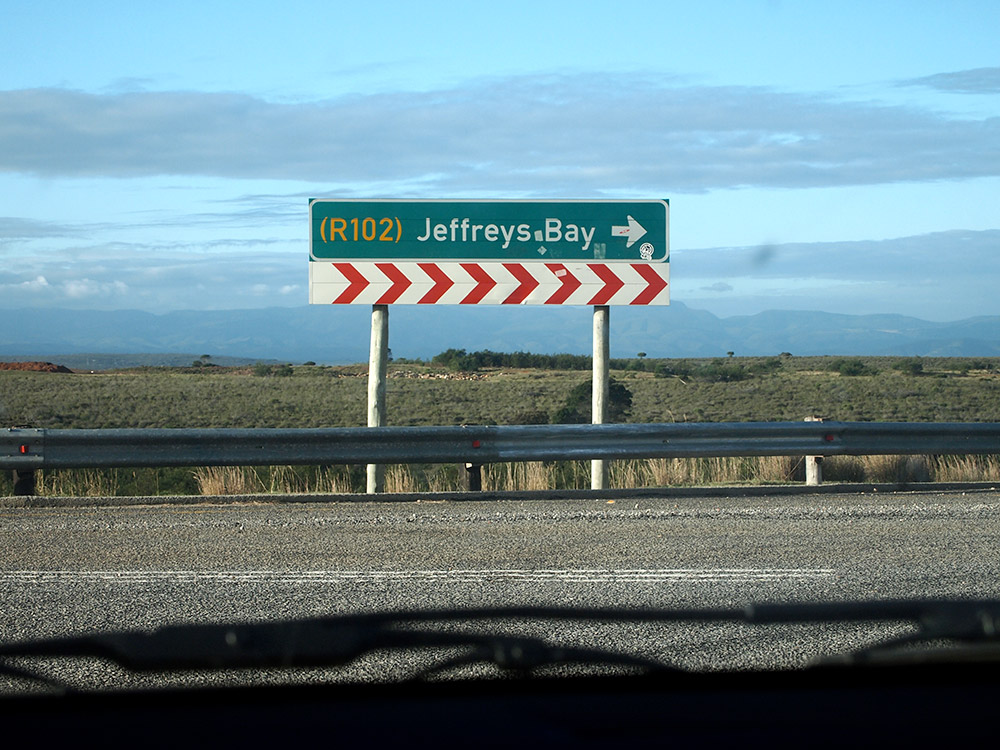 Tired and dehydrated after the long drive (there’s no other type in SA) from Kommetjie we arrived just before dusk. The inner cynic was delighted to see an ugly near-close out hammering the basalt at Magnatubes. Some guy paddled out, spent twenty minutes getting battered then limped around the peak for an hour before disappearing, hopefully not at the hands (or rather teeth) of Mr. Great White.

“Just last week a twenty footer chased us out.” laughed the guys at the surf shop “still, it was so lekker we only stayed out thirty minutes eh bru!”

South Africa may have a collection of wild beasties that will put the Aussies to shame and Johannesburg sometimes has a resemblance to Mogadishu but once you leave the cities, things take a deep breath and chills dramatically.

The inhabitants of Mandela’s Rainbow Nation are rightly proud of their stunning country and if you don’t get invited for a surf then there’ll be invites for fishing, bundu bashing, and almost certainly a Braai (BBQ). 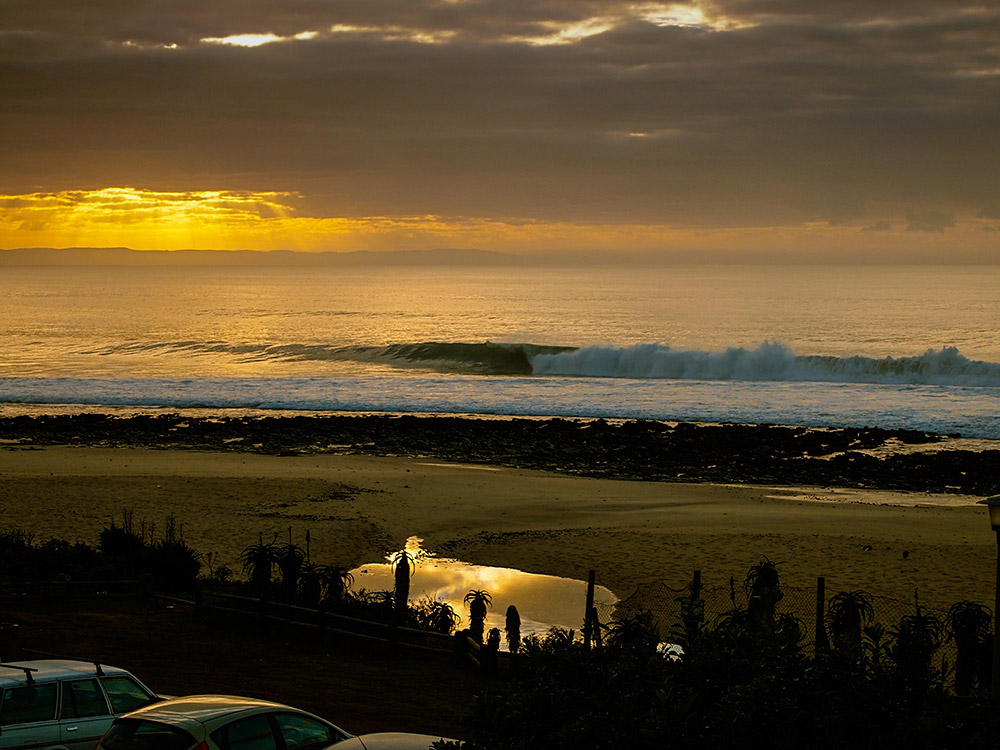 ‘It’ll be below par for a few days, but there’s a baie lekker swell on the way’. I didn’t have a few days. It looked fantastic to me already. At dawn the inner cynic had been dragged into the street and shot.

This “below par” swell was, to me at least, overhead perfection soothed by the dawn breeze. The swell caught the corner at Supertubes and reeled 300 metres down the bay. Three hundred! That’s further than the width of the beach at my home break!

Then beyond Supertubes heading east there were walls at Salad Bowls, Tubes, the Point and Albatross. When all the peaks align in a perfect swell its possible to scream along the East Cape coast for a kilometre.

You’ll probably need to book a taxi in advance as your thighs will be destroyed. If you snatched to your feet at, say, Sand Kasteel took the high line and pumped for dear life you might eventually wash up on the sands of Kabeljous Nature Reserve nearly a mile away. 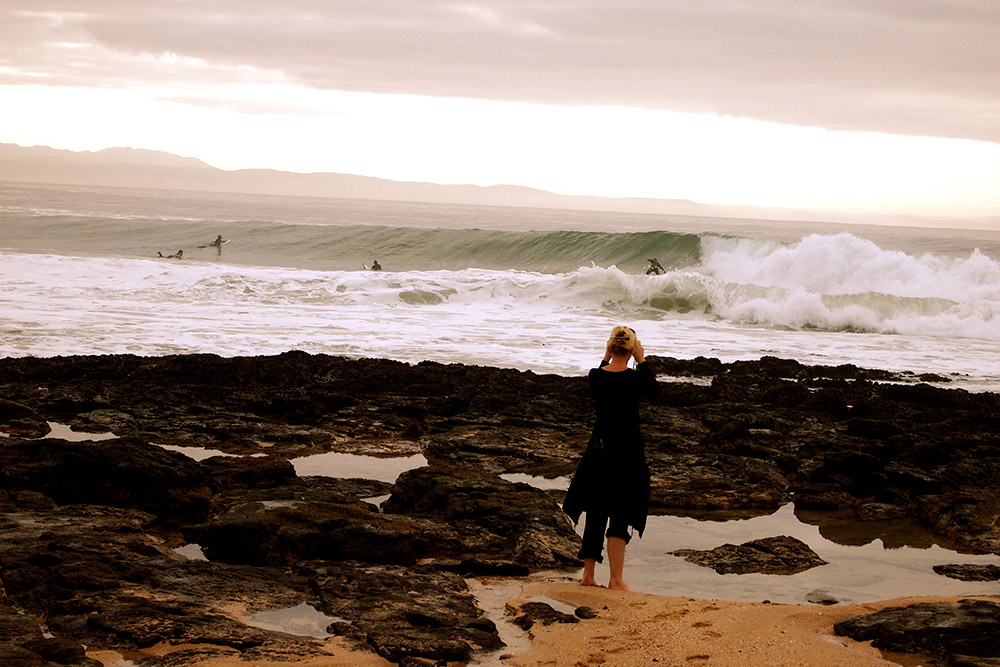 High and fast that’s the key. Unless you’re Joel Parkinson don’t consider for an instant a cutback or speed check of any sort, you’ll need every rpm you can squeeze out of your legs.

And when you finally drag your hurting carcass to shore in a different time zone you’ll be happy to throw yourself on the hospitality of the locals who’ll nurse you back to life with calamari, a braai’d Springbok or an ostrich burger washed down with a Castle lager or, if you’re trying to impress, Stellenbosch Bordeaux.

As you heal you can rock in your hammock while Jordy Smith-a-likes tear the place apart and migrating whales breech beyond the lineup or if you prefer watch idiots getting car jacked by baboons. Then haul yourself out and… you know the rules – eat, sleep, surf repeat. 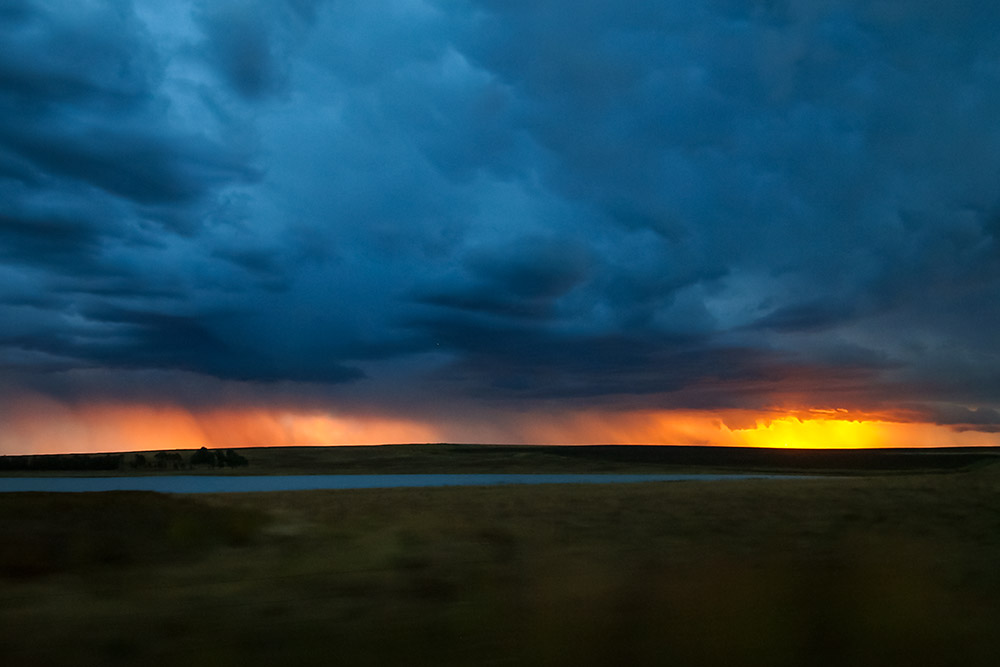 ‘Sub par’ the man said, well if that’s the case count me in.

On the ground – Try the BazBus for a cheap option but chasing swells and exploring bays is probably best done with your own car. Watch out for those damn baboons though.

Sleeping – SA has everything from campsites to boutiques spas. But be aware that the East Cape can get chilly if you’re camping in winter and early spring.

Food – Compared to the EU food is cheap and varied. Try the local delicacies like zebra biltong, Kudu steaks or the plethora of exotic seafood along the coast.

Kit– There’s a few places to hire boards for the day, but you’re need to shop around for availability and rates. You won’t have to work too hard to find other surf gear or ding repairs.

If it’s flat – Visit Addo Elephant park, Seekoei River Nature Reserve, go mountain biking or fishing. Get in the car and head up the coast for a little whale watching or shark diving. Or simply have another Braai, bru.

The slabs of Ericeira
From the woods to the waves
From curtains to kings: The story of Alder Surf
All hail the rail
Share this...