Joel Parkinson takes the first event in the Vans Triple Crown in Hawaii.

The surfing world is about to lose its smoothest style master but Joel Parkinson isn’t going out without a bang.

The 17 year veteran and 2012 world champion announced at the beginning of the 2018 season that he would be joining best mate Mick Fanning in retirement, but until then experience dominated youth on Hawaii’s North Shore and the 36 year old took it to the kids with his usual elan and grace.

Parko, famous for his perfectly smooth and flowing style, a fact that may have cost him contests and even titles as he made the impossible look so blisteringly easy, has come to dominate in Hawaii, in particular the Vans Triple Crown.

The Aussie battler lofted the Hawaiian Pro trophy in a less than perfect Haleiwa. Parko carved and swooped his way to the finals and then beamed his way to the podium and the first step in tackling this year’s Triple Crown. Only Andy Irons and Kelly Slater has done more to control and tyrannise the Hawaiian events, but the Gold Coaster is about to join that hallowed pantheon and become divine and untouchable in north shore history. 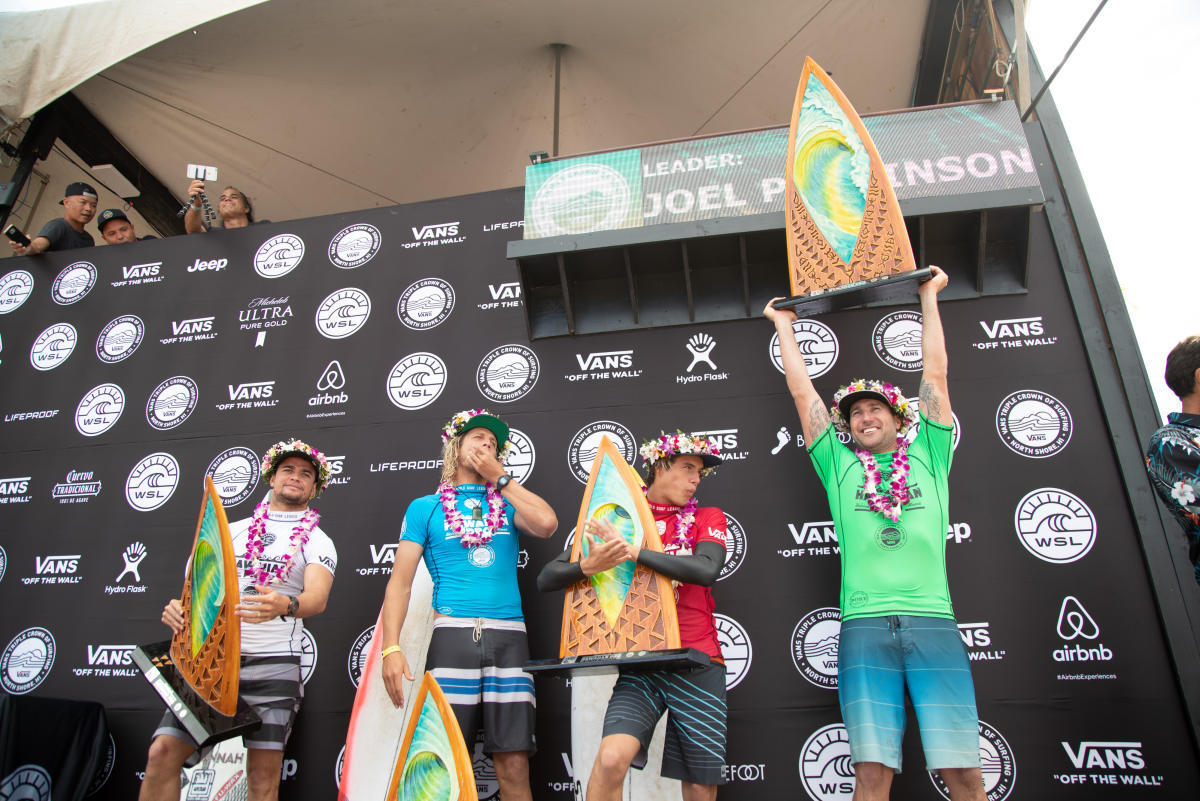 The Vans Triple crown is the combination of three events on the North shore of Oahu, Hawaii. Joel has taken the first and in previous year won both the other two competitions.  The Vans World cup of Surfing kicks off at Sunset Beach, on the 25th November followed by everyone’s favourite the Billabong Pipe Masters on the 8th December where a new WSL world champ will be crowned.

Parko could yet be a real spoiler to the hopes of Gab Medina’s second WSL crown or Julian Wilson’s first, but in the meantime he has his eyes set firmly on that Fourth Triple crown and then a lifetime of surfing perfection with his best mates and family.

The delight in life: An interview with John Callahan
Half Dome: Between a rock and a hard place
From the woods to the waves
Wild bore hunters