With the Beijing Winter Olympics due to kick off in 2022 the interest and investment in Chinese snowsports has exploded.

Not satisfied with the opening of dozens of new outdoor resorts the good folks of Shanghai are set to welcome an enormous 227,000 square metre indoor snow resort with a whopping 90,000 of those dedicated to ski runs.

Wintastar Shanghai will have three slopes, including one of Olympic standard, according to its developer, award-winning Italian designer, Massimo Mercurio of Rome-based, Mercurio Design Lab.

A luxury hotel complete with ski-in-ski-out access and après-ski are promising to offer a truly immersive experience.

According to the developers the ‘groundbreaking’ design of the building draws inspiration from famed ‘European alpine ski towns, natural iceberg formations and the charm of the alps.’

A luxury hotel complete with ski-in-ski-out access and après-ski are promising to offer a truly immersive experience.

The resort is being built in conjunction Majid Al Futtaim – the team that created ‘the magic of snow in the desert’ Ski Dubai – which was the Middle East’s first indoor ski slope. The new facility in Shanghai will be almost three times larger and bring snow to the sweltering chinese heartland.

Majid Al Futtaim is behind some of the world’s most ambitious indoor resorts, the company also launched Ski Egypt in 2017, the first indoor ski resort in Africa, while Ski Saudi and Snow Oman are also apparently on the table.

It is nearly 100 years since the first indoor ski slope was built in Berlin. The Schneepalast or Snow Palace is believed the world’s first when it opened in April 1927. Later that year, another Snow Palace opened in the Northwest train station hall in Vienna, Austria (image below).

With the snowboarding firmly ensconced in the Olympics and surfing and skateboarding soon to join them the world is seeing a revolution in access to snow and waves, but there’s still no friends on a powder day I bet. 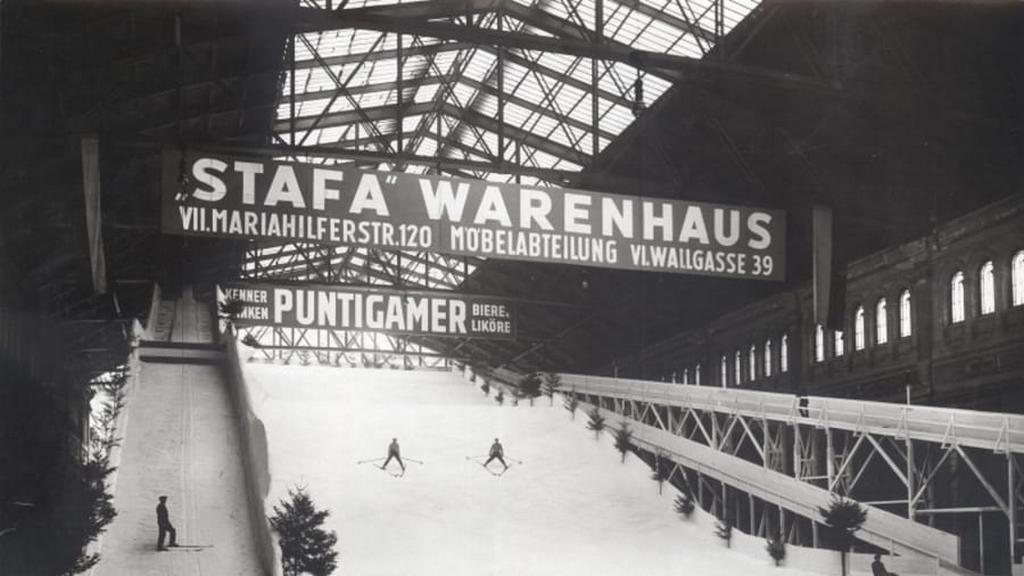 The inventor of the snowboard has just launched a new brand
Time to Convert to Snowboarding?
Is this the best ski chalet in the world?
South African slopestyle: The snows of Matroosberg