by Matt Button on 17th February 2022 in Mountains, Snow

When not wandering the globe as a freelance photographer James North is the main man photographer at The Reason Snowboard Magazine.

James has seen his work used by a wealth of advertisers big and small including but not exclusive to Vans, Red Bull, Nike, Adidas, Under Armour, New Era, ASICS, New Balance, Burton, Oakley plus many more.

We caught up with James, who has just been announced as an Adventure Photo Awards judge,  to find out a bit more about his backstory and how he got to be king of the hill… 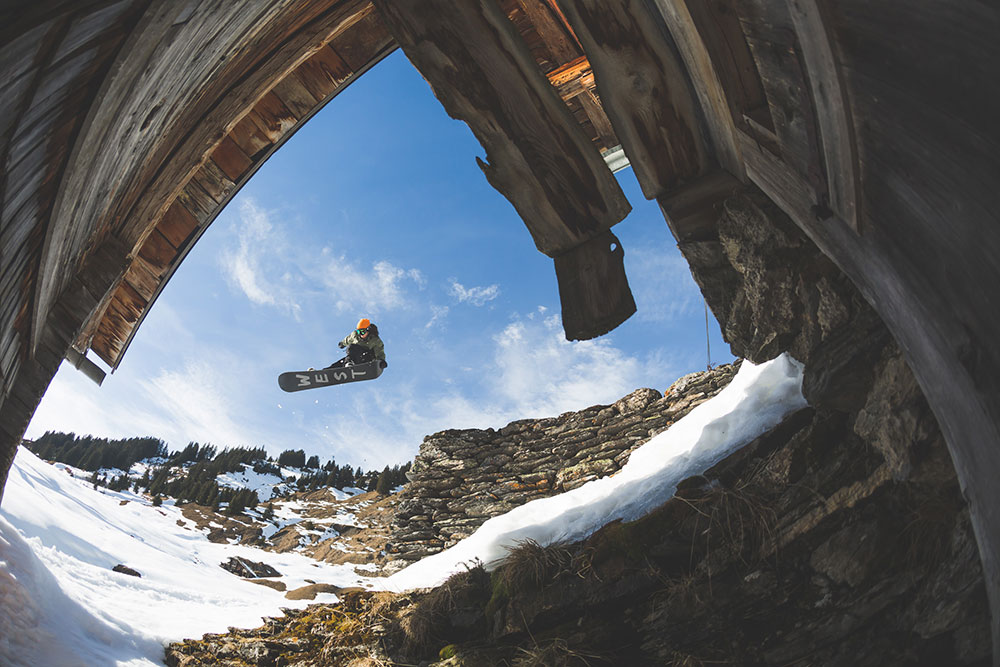 HOW DID YOU GET STARTED?

Lucky for me, my school had a great photography department so the love for it developed at an early age. I was happiest spending hours in the dark room. Then at University I finally discovered snowboarding and eventually managed to combine the two.

WHAT’S IT LIKE TRYING TO DEVELOP AND RUN A MAGAZINE IN THE DELUGE OF INSTA-GUFF AND WAFFLE?

Let’s face it. It’s not easy. The media landscape is changing and sadly we’ve lost a lot of good titles along the way recently. It’s especially hard for us at The Reason as it’s not our full-time job and very much a passion project but we have always tried to stay true to what we do and will keep pressing on as long as we can. Prints not dead. 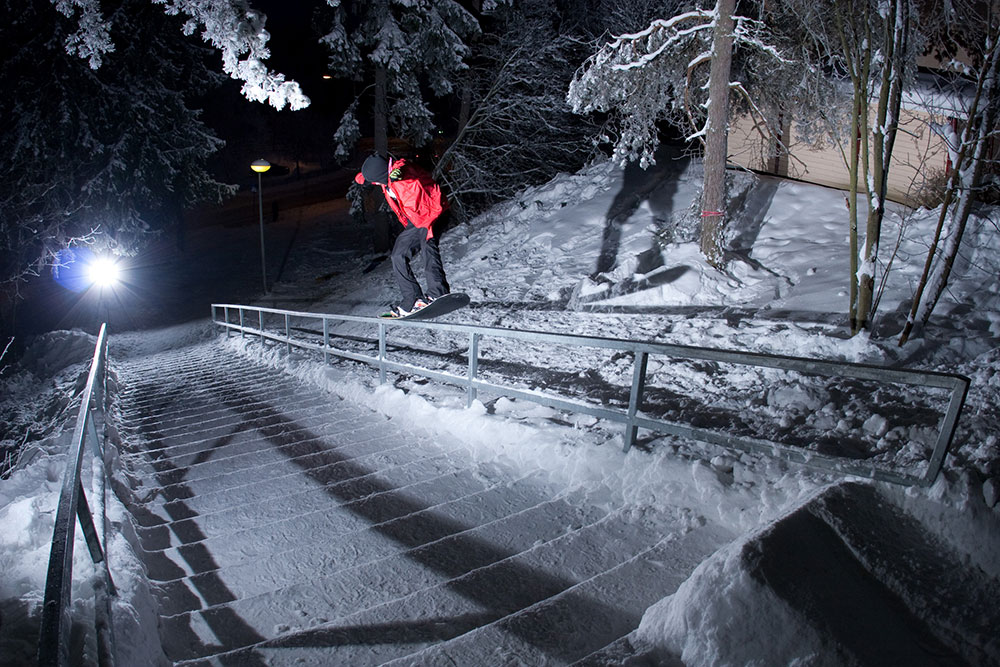 WHAT ARE THE KEY CHALLENGES OF TRYING TO KEEP UP THE QUALITY AND AUTHENTICITY OF YOUR PERSONAL AND PROFESSIONAL VISION?

In terms of photography, it’s a competitive game out there now as there are a lot of shooters who are excellent at what they do so it’s hard to set yourself apart. As professionals we can be up against it with ‘followers’ and sometimes not selected for a job due to our Instagram numbers rather than the merits of our work.

WHOSE PHOTOGRAPHY ARE YOU INSPIRED BY?

This is a constantly evolving thing but I’ve always loved the work of Gregory Crewdson. I could study his shots for hours due to the scale, subject matter and movie like qualities to his images. In terms of snowboard photography, Frode Sandbech, Blotto, E Stone, Oli Gagnon to name but a few. 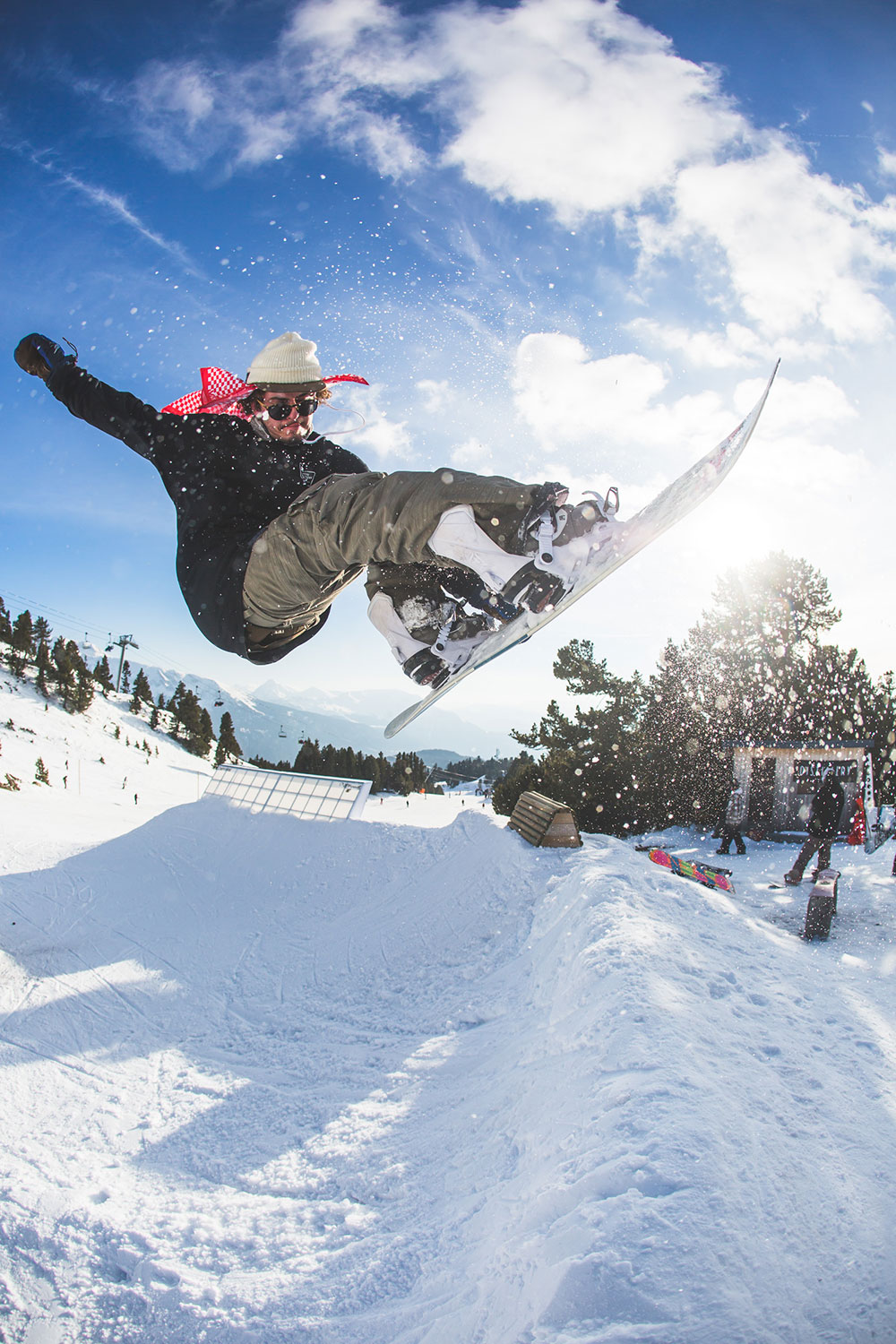 WHAT KIT ARE YOU USING?

If you won, the lottery where would you book to head to first?

Clacton-On-Sea. A trip to Diggerland. Failing that, Japan. Probably Japan. 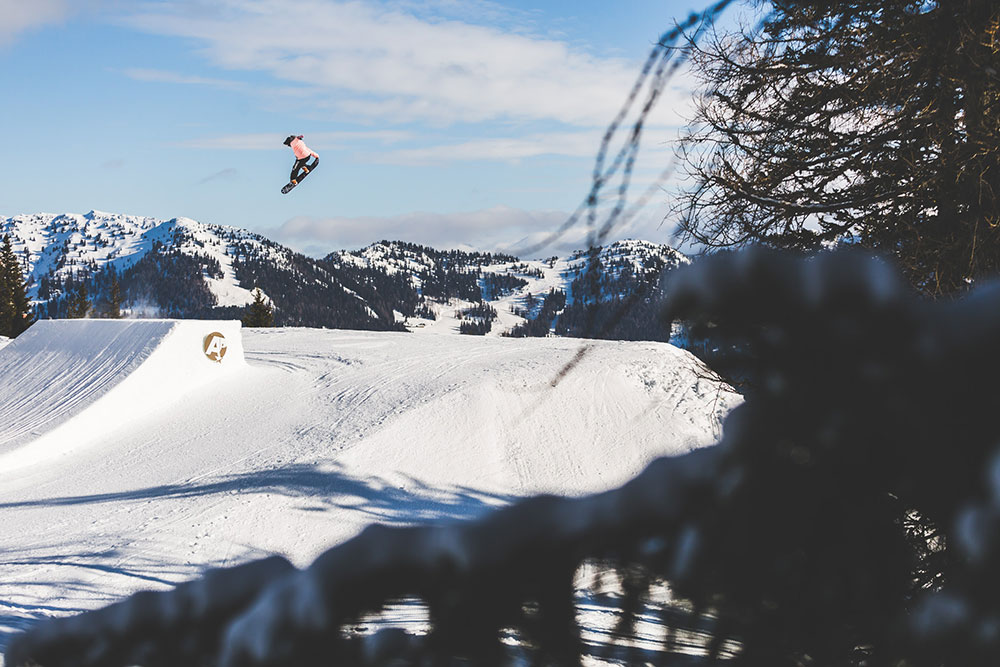 Powder or piste. Nothing feels better than the turn.

A friend once called me the Mexican jumping bean

ANY UP AND COMERS WE NEED TO KEEP OUR EYE ON? 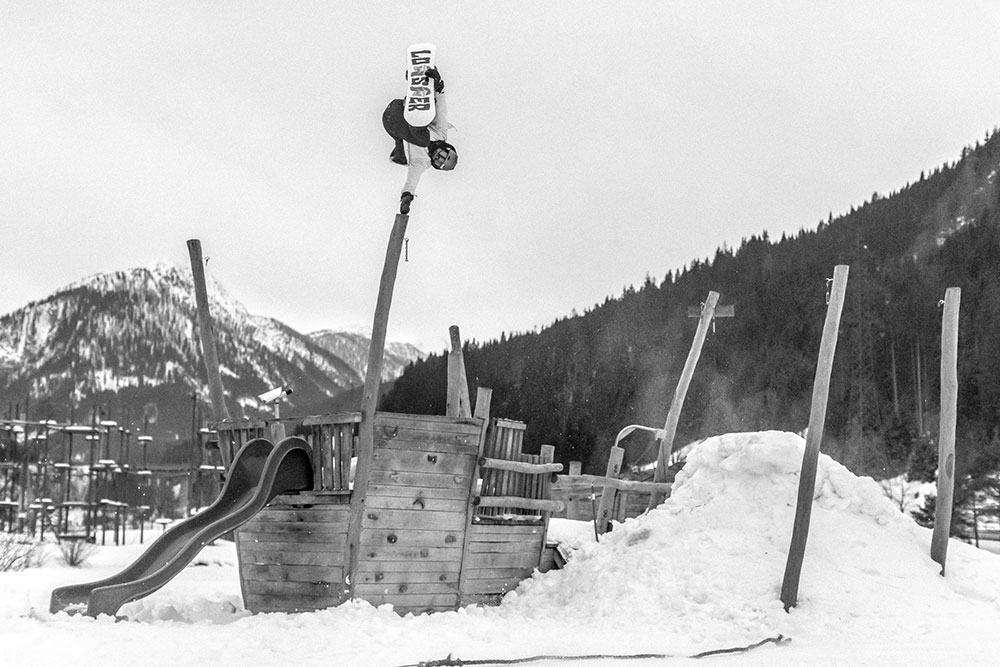 I’D STILL LIKE TO BE BRYAN IGUCHI WHEN I GROW UP. WHAT ABOUT YOU?

I don’t plan on growing up but if I could front 3 like Duncan Carr I’d be happy.

WHAT IS/WAS YOUR GO TO CROWD PLEASER?

Riding without a back pack. Shooting snowboarding you ALWAYS have one so losing it for a few runs is like someone shoved a rocket up your arse. A friend once called me the Mexican jumping bean after seeing my ride without my camera bag… whatever that means. 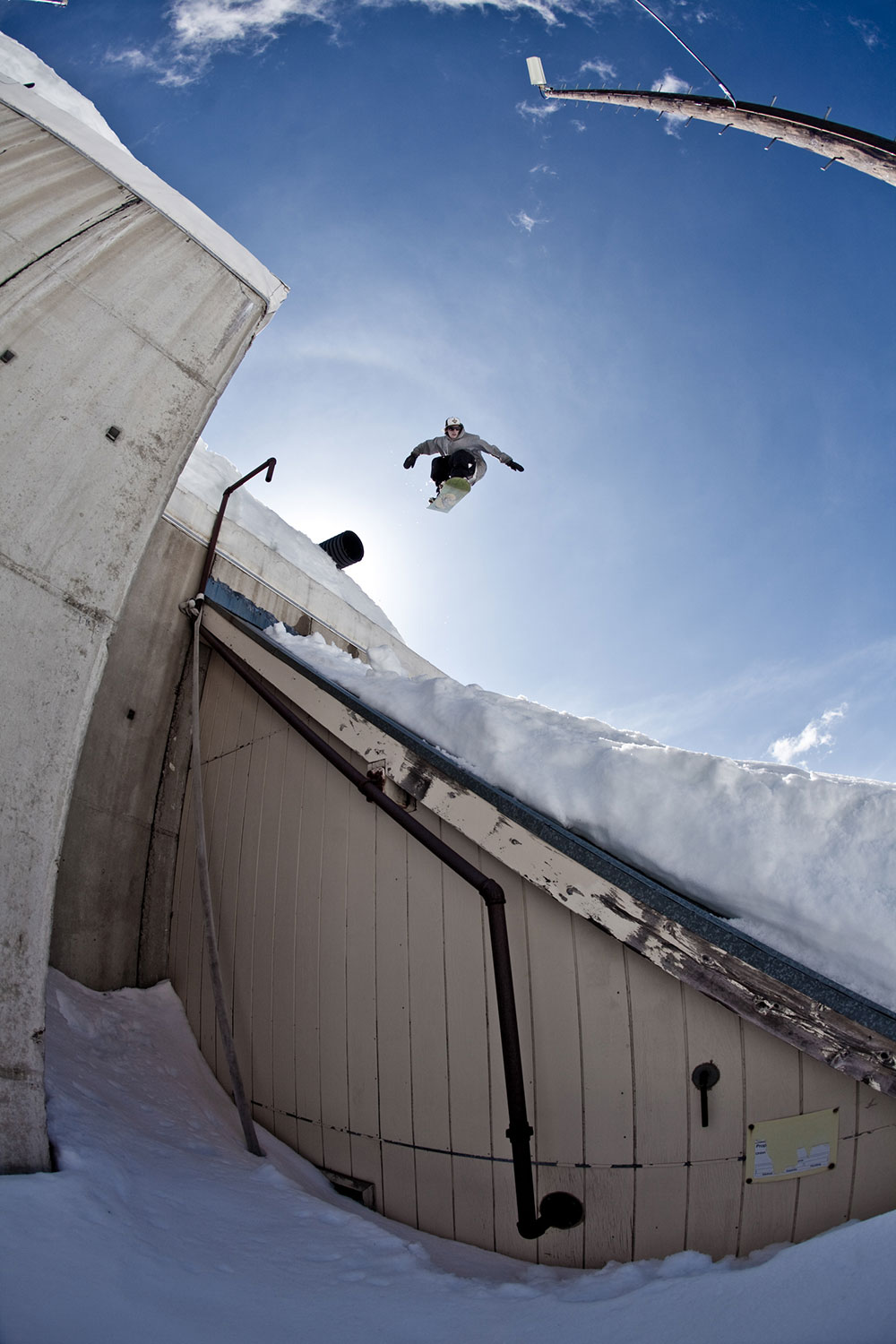 WHAT WOULD LIKE TO SEE MORE OF IN SNOWBOARDING?

Relatable riding. I’m constantly impressed by the level and creativity but nothing gets me hyped more than watching something relatable. Also, bring back the full winter crew movies rather than insta clips. 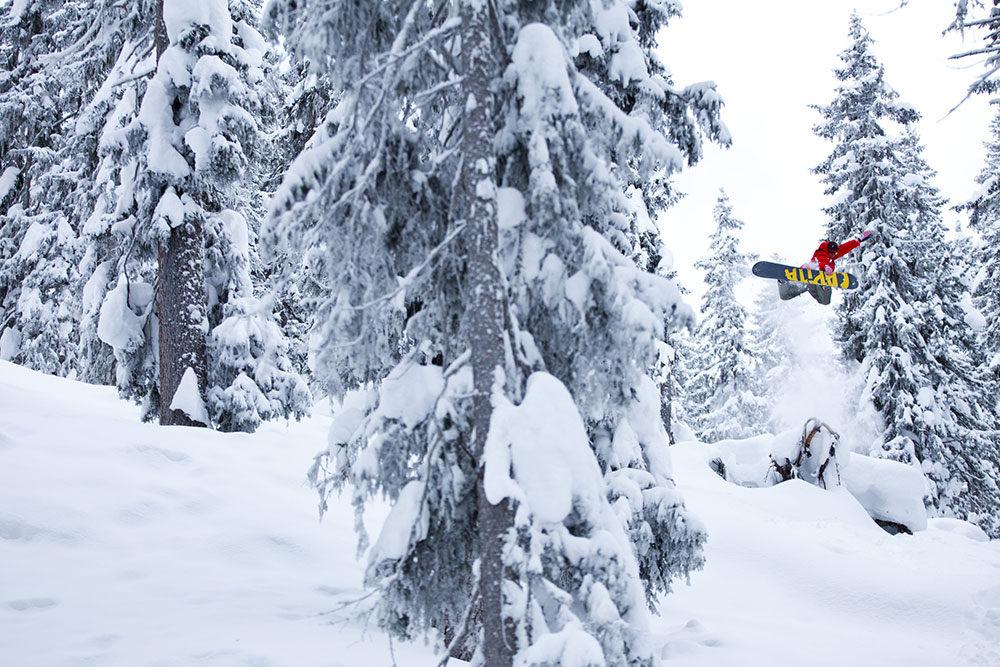 AND WHAT WOULD YOU LIKE TO SEE LESS OF?

People going to Japan without me.

WHO’S CHANGING THINGS FOR THE BETTER?

A mate once got caught short in the woods after an all-day drinking session. Whilst zipping up a dog runs to him whilst he hears a lady shouting ‘Spot? Spot where are you?’. He strokes the dog as she approaches trying to cover the fact he just publicly defecated only to have the dog owner go ‘Oh spot there you are……*gasp….SPOT WHAT HAVE YOU DONE!’ and proceed to scoop up my friends excretion, pocket it, apologise and go about her day.