by Matt Button on 7th October 2020 in Interview

It could well be argued that the seed of the surf environmental movement, at least in the UK, was sown decades ago with the creation of Surfers Against Sewage (SAS). Although this summer was a belter last year was rife with  stinking effluent evacuation into our seas.

A horrible, dangerous and ongoing situation we ocean users have to cope with, but believe it or not things used to be a whole lot worse.

‘Yeah we used to call this place Porth–Tampon’ says Chris Hines as we watch young families paddle in the turquoise waters of Porthtowan. 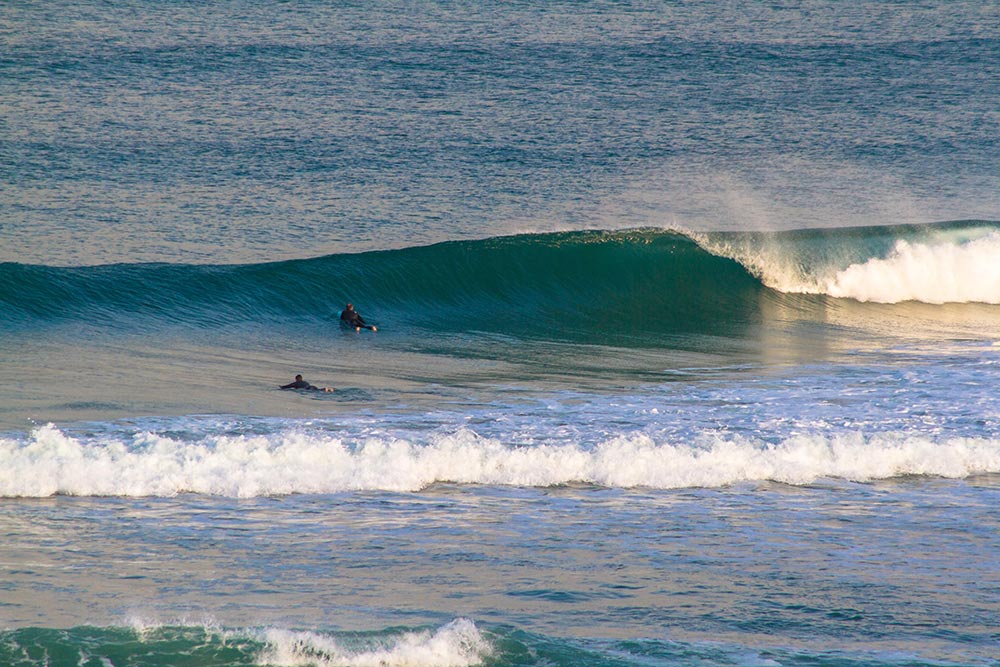 Porth’Tampon’ luckily is no longer

‘There used to be effluent in the tide line, condoms in the rock pools and panty liners tumbleweeding through the dunes’. I look at the Brazilian of marram grass that Porthtowan calls its dunes. Children build sandcastles in the baking sunshine. We’re sat at the Blue Bar and the world looks perfect through polarized lenses.

The still sea is speckled with gulls and a couple of groms in expensive wetsuits are paddling foamies about the bay in search of any bump or ripple. ‘In the end we got sick of being sick!’

Surfers and swimmers risked gastroenteritis, ear infections, conjunctivitis even hepatitis each session. After the privatisation of English water companies Chris along with Andy Cummins founded Surfers Against Sewage in 1990. Armed with inflatable turds their infamous campaigns eventually forced local councils and government to clean up their act and stop the constant and persistent dumping of untreated sewage into the ocean.

On such a beautiful day it seems impossible that this ever happened. What’s terrifying is that it still does. We chat about a Guardian article speculating on the losses Britain would face when we leave Europe. There’d be no more EU Bathing Water Directive and the Urban Waste Water Treatment Directive that forces the government to monitor and control the seas –‘We could easily return to being the dirty old man of Europe’.

‘There was a post-sixties innocence and naivety about the whole affair’ and that in part was its charm, a grassroots movement before the term had been coined. ‘When the SAS started in the pre-Internet days it was newsletters, faxes and old fashioned telephone calls to win members and challenge the powers that be’.

Membership was £2 and as the coastal and surfing communities got behind the movement t-shirts and car stickers were badges of honour, proof you were a real surfer not a weekend warrior. The group continues to campaign for water quality, climate change but in particular marine plastics, but we were there to talk about Sustainable Stoke edited by Dr. Jess Ponting and Dr. Gregory Borne

Chris along with others in the industry such as Bob McKnight of Quiksilver, style master Rob Machado and Wayne ‘Rabbit’ Bartholomew as well as respected academics and campaigners lend their insights on how surfing, surfers and our industry can move in a better, more environmentally sustainable direction. The whole endeavour took Ponting and Borne three years to pull together and it’s a serious glimpse into where we stand and where we might go.

We chat about the changes to materials such as wooden boards, algae and fungi blanks. What are the merits of the seemingly indestructible Lib Tech boards? What’s better longevity or biodegradability? What about the end life of our materials? Are blanks really ever going to be truly recyclable?

Arguably the worst thing is air flight- we all love to travel. ‘Surfers as a breed only take their eyes off the corduroy lines to look at the horizon’. As a lover of travel this makes me nervous. I respect Chris and what he’s done. Even more I like that fact that although he may now be an MBE he remains cheerfully impish, an eternally grey haired grom.

I don’t want to be a Captain Buzz Kill

‘I don’t want to be a Captain Buzz Kill…’  I really didn’t want to hear what he was going to say ‘… but Tony Wheeler of the Lonely Planet said, when pressed about this issue ”travel less, stay longer”. I think that’s a positive point. After all, travel gives most of us a greater sense of culture and helps reduce the ridiculousness of xenophobia’. I’m glad he said that.

There’s far too much in the book for us to cover on a sunny Cornish afternoon so I ask what he’d like to see from the book’s release. ‘I’d like everyone to read it!’ he laughs ‘academics, industry people, the guys and girls studying. I’d love to see the young guy hiring deckchairs or surfboards reading it between bouts of activity. The more people who can get involved, the wider we can open the debate the better.

Government has a role, industry has an accountability but we do too, each and every surfer has a responsibility. ‘When you go into a shop ask “Where do these materials come from?” and if you don’t like it then you just politely say to the staff “I’ll be back when you get those algae boards in.” We’ve all got that power and we should all use it.’ He’s got a very valid point. Too many of us point to others to take control and lead when if fact a quiet revolution sits in our hands and our wallets.

And, come on, you know you want an algae board too.

• For those who’d like to know more about Surfers Against Sewage and their Safer Seas service.
• If you’d like to learn a little more about Chris’ A grain of sand –Driving a positive change. 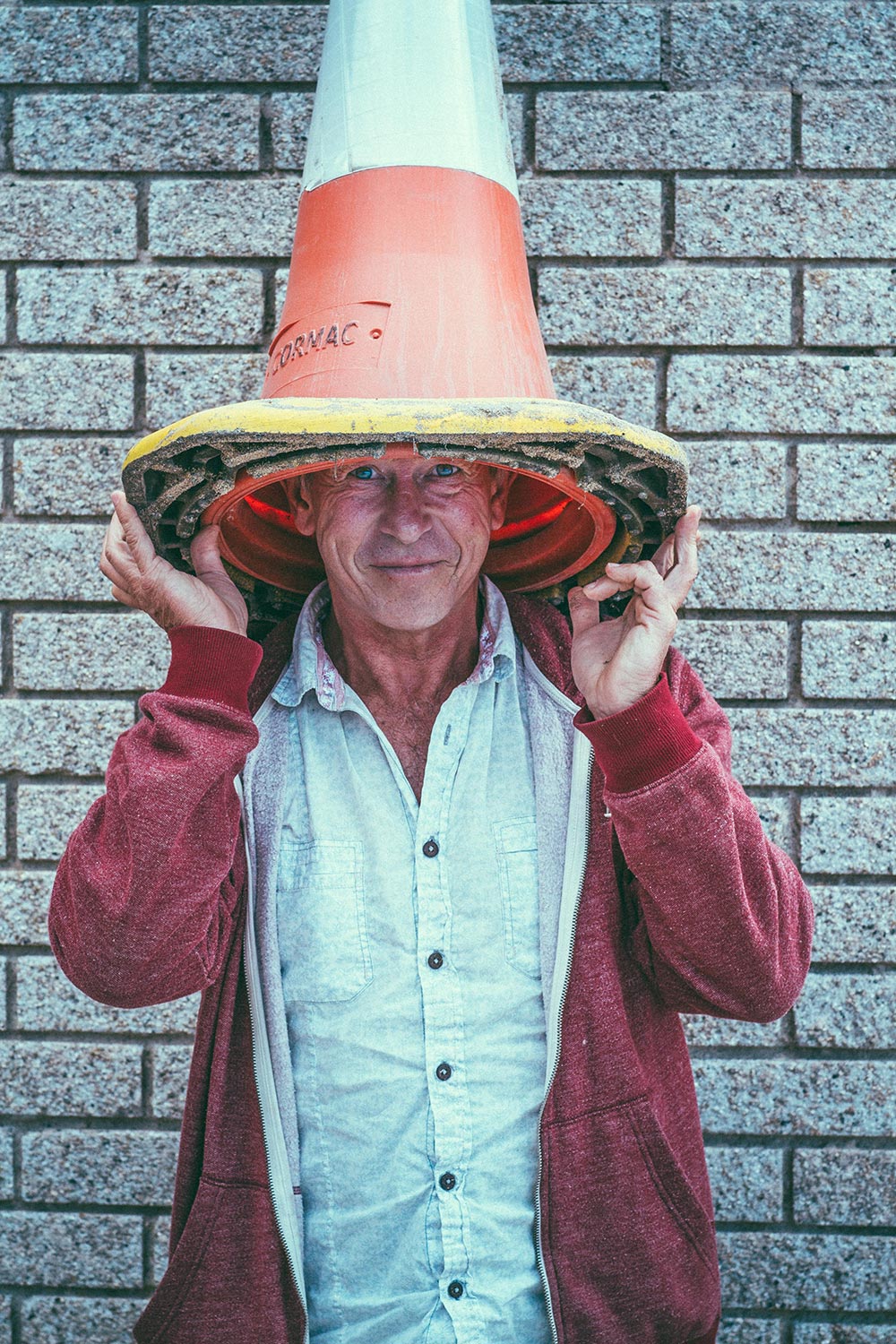