From the woods to the waves

by Matt Button on 21st December 2018 in Creator, Interview, Surf

Andrew is having a hectic week fixing his van and filling orders from the company Miscellaneous Adventures.

What sort of van have you got?

We’ve got a Mitsubishi Delica, a Japanese specialist four-wheel drive thing. We’ve had it for about a year and then had a fairly major engine problem. I’ve been sorting it out since and converting it to a little camper van. It’s back up and running, all sorted now.

Where are you based Andrew?

We’re not too far from Brighton on the south coast. Inland, on the north side of the South Downs. I’ve lived in Brighton and a few other places, including Porthtowan in Cornwall. I was there for a couple of years. We manage to somehow avoid the peak busy season in the summer which can be a bit hellish but spring and autumn in Cornwall I love. 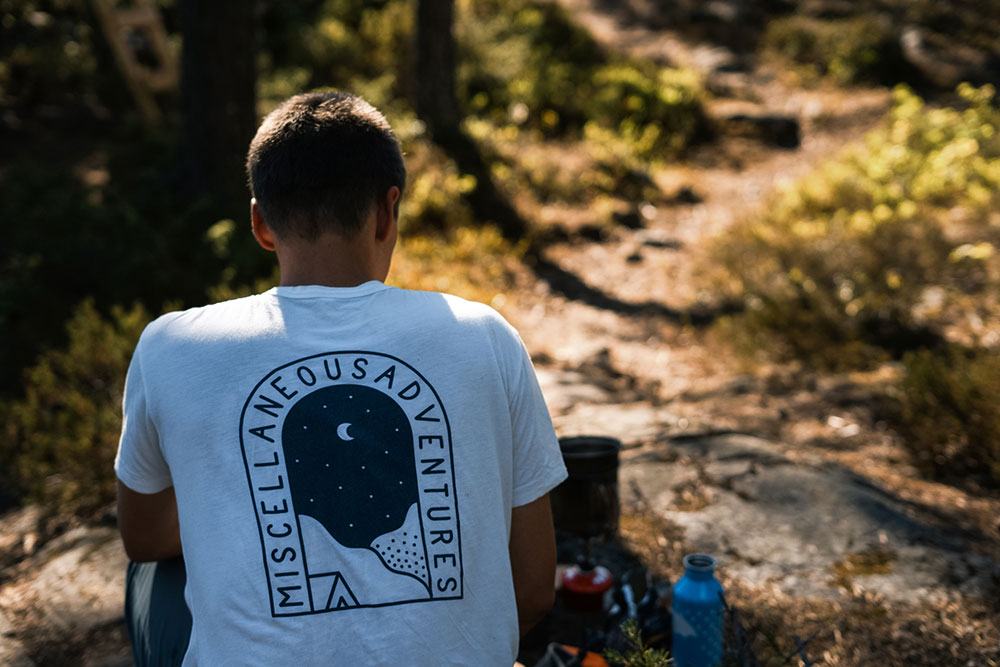 Are you all set for Christmas?

Sort of. We run a small shop and tend to forget about ourselves at Christmas as you try to fill orders but I guess that’s part of running a small business. We have a two year old son and this is the first Christmas that he is really excited about and so we are excited about that, too. On Christmas day we’ll walk to my family’s home along the South Downs from our house to theirs which is about a five hour walk, if the weather’s okay.

I’ve never met James. I’d really like to meet him. I know a lot of people who know him. He seems to be one of those people that everybody knows that I know, but we’ve never met. Surf Odyssey was two years ago and Gestalten (the publishing company) approached me to do something. They’d already done their Outsiders book and they wanted to do something ocean related. That was all hiking and they asked Jeff [Bowman] to do it but he’d never surfed in his life so he asked me.

It was a crazy project to be honest. A lot of my friends and contacts were in the book too. which was nice.

I surfed all my life but I’m a bit adverse to the mainstream surf culture. I wanted a book that focused more on the culture and travel rather than surfing itself. I was keen to move away from some of the surf cliches. As I’ve been a graphic designer an illustrator for a number of surf brands over the years I wanted to pull together everyone that I’d worked with and some people that I wanted to work with who I thought were doing really good work. I just wanted to share it with people that was the main idea. 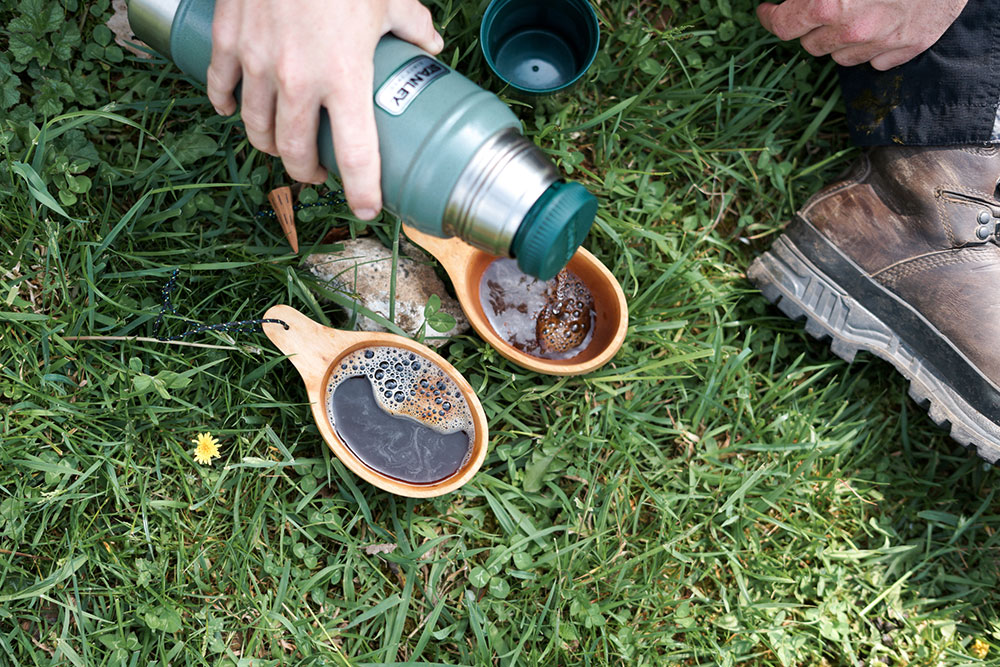 When you’re not writing surf books and looking after two-year-olds what else do you guys get up to?

That’s a very complicated question. My real job is as an illustrator, that’s my full-time job but I’m the grounds keeper of the estate that I live on so I’m forester and groundskeeper. We live in a small barn on 22 acres, with 16 acres of woodlands. We live in the caretaker’s cottage. There’s also the vineyards I manage in the summer. I also run a small business called Miscellaneous Adventures that teach Wood carving, outdoor skills and woodcraft. We have an online store where we sell camping kit we make.

When your creative you have to have multiple jobs and diversify. It’s a good way of living but it can be a bit hectic at times juggling everything, but overall it’s good. 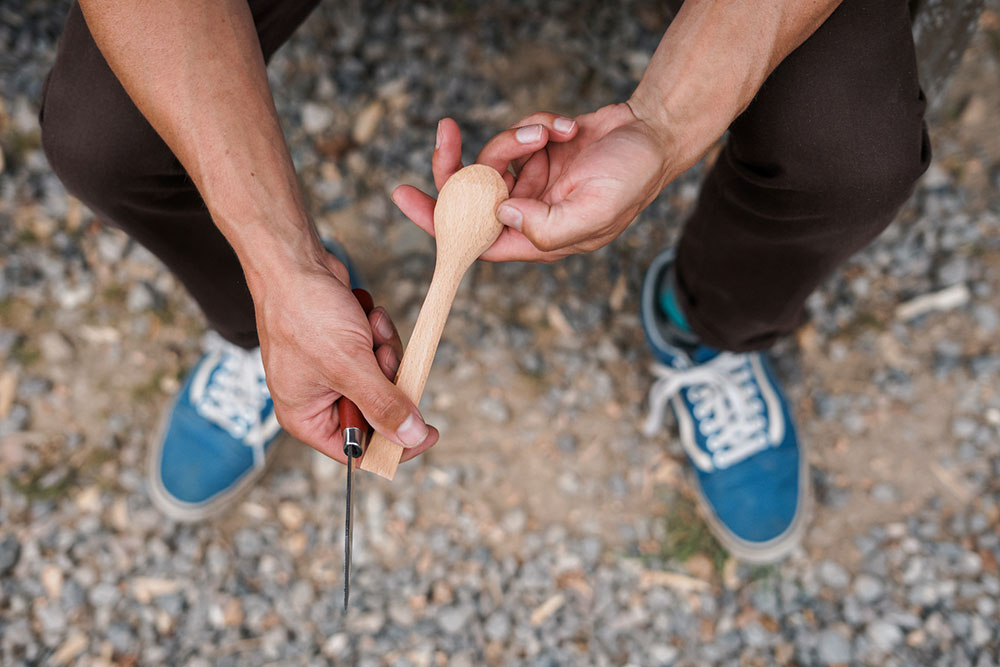 Do you get in the surf much?

No I don’t. It’s quite difficult to be enthusiastic about surfing on the south coast. I try. I used to go out whatever when I was younger but after moving around and surfing and living in many different places it’s hard to get the enthusiasm to go in here in Brighton.

We’ve had some wild south coast swells up here this week but I haven’t been able to go because of my van.

And you do workshops as well?

Yeah, we teach mostly other creative people. I accidentally got involved in all this stuff and I really like how different it is from being an illustrator which is very much indoors looking at the computer screen all day so it’s nice to share it with other illustrators, designers and creatives from London. 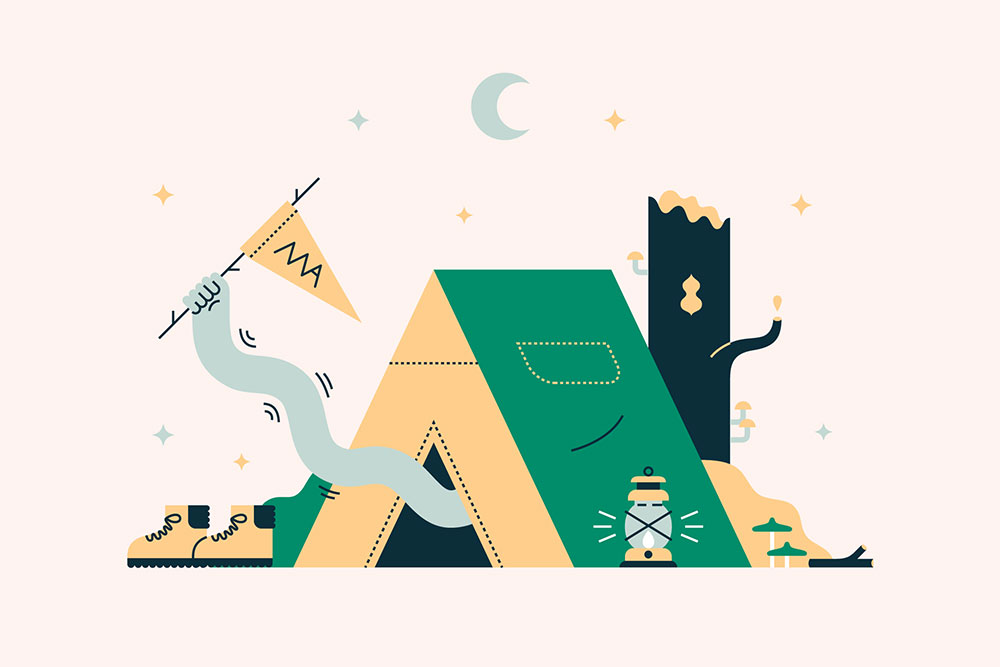 Is this in preparation for the post-Brexit end of the world? That’s what you should be selling it as.

(Laughs) That’s a really good selling point I might do that! Recently we’ve changed and we just do smaller private groups now with companies that we want to work with, those that we have something in common with. We like working with people that we like. We don’t make any money but we keep our integrity. It’s the modern way it seems (laughs) you can have money or integrity not both.

What’s coming up? What’s in the future?

Building up our business- Miscellaneous Adventures and keeping it going in a positive direction. Focusing on the products side of things camping equipment. Nothing plastic only handmade, all traditional and an investment in quality. The idea behind it is to change people’s relationship with products that they use and to give them something that they value and is less throwaway. That’s important to us. Do some more small corporate workshops and now the van is fixed we are going to get out and do some adventures of the family.

To find out more then check out Surf Odyssey: The Culture of Wave Riding or head over to Miscellaneous Adventures 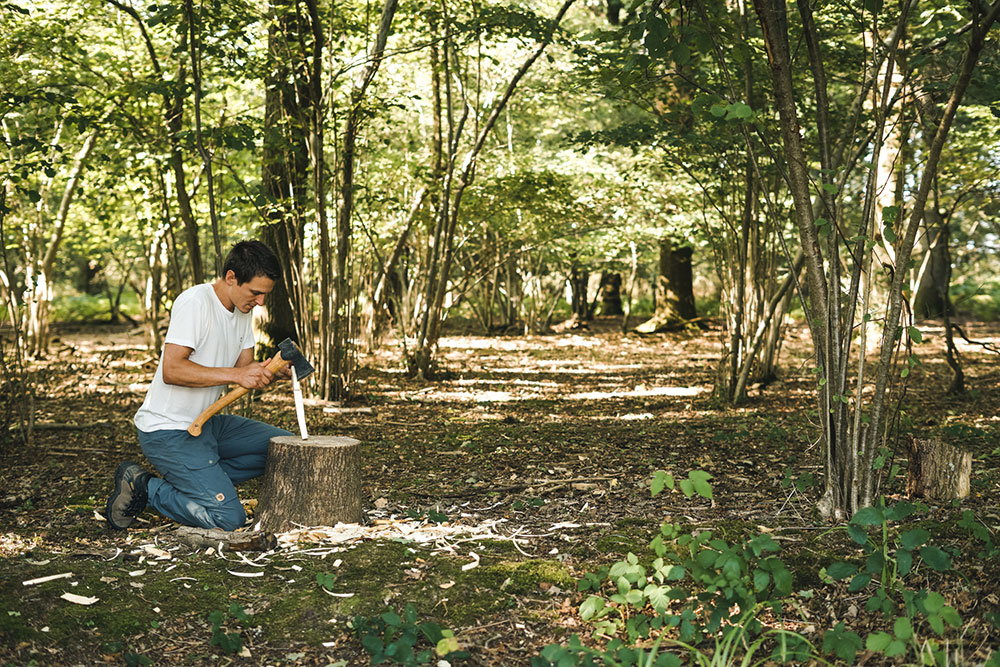 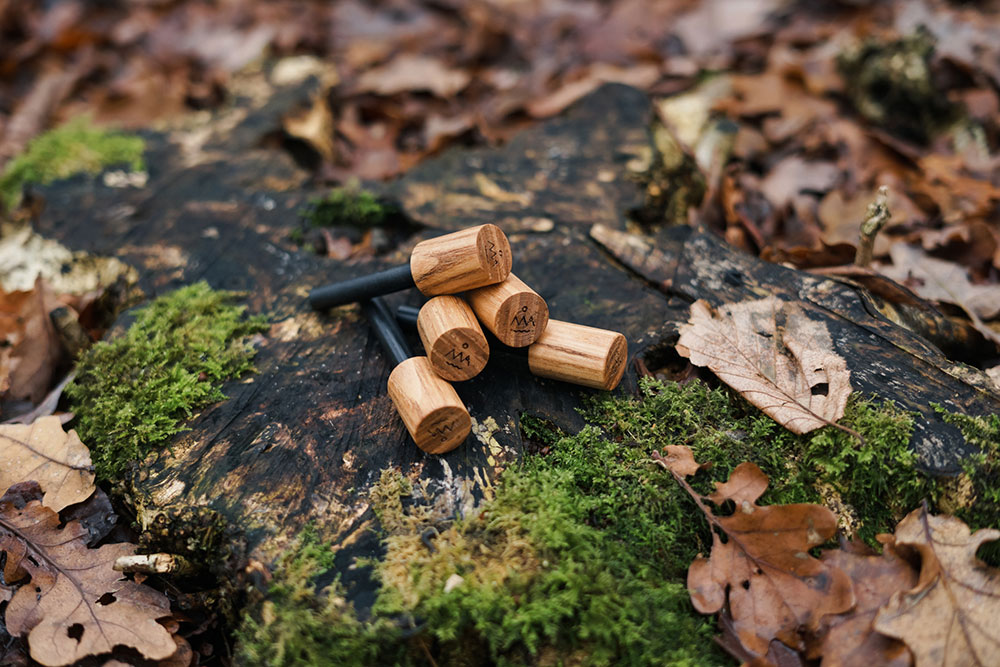 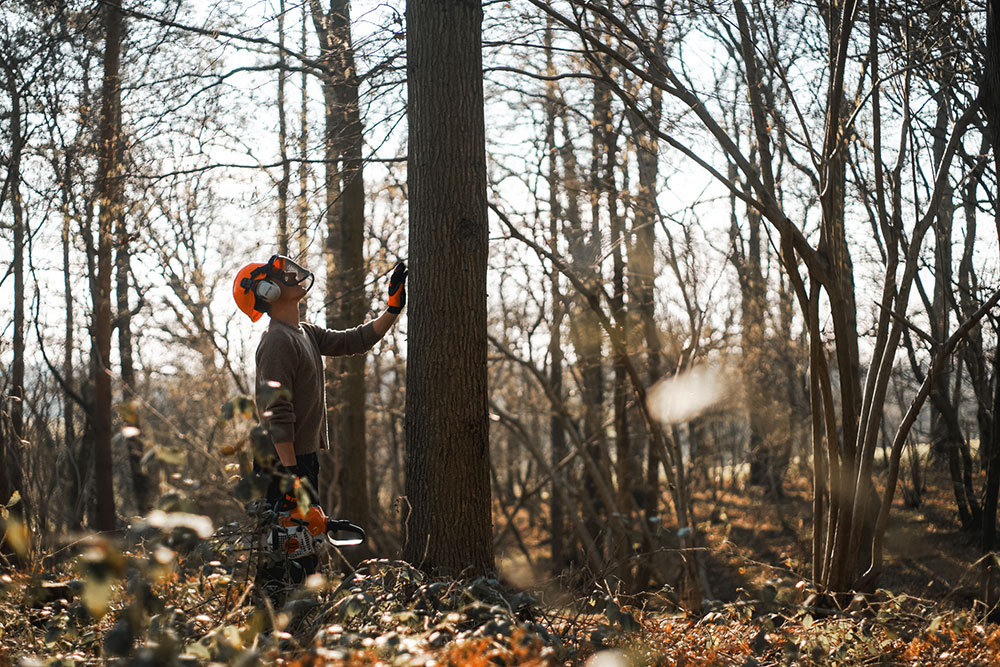 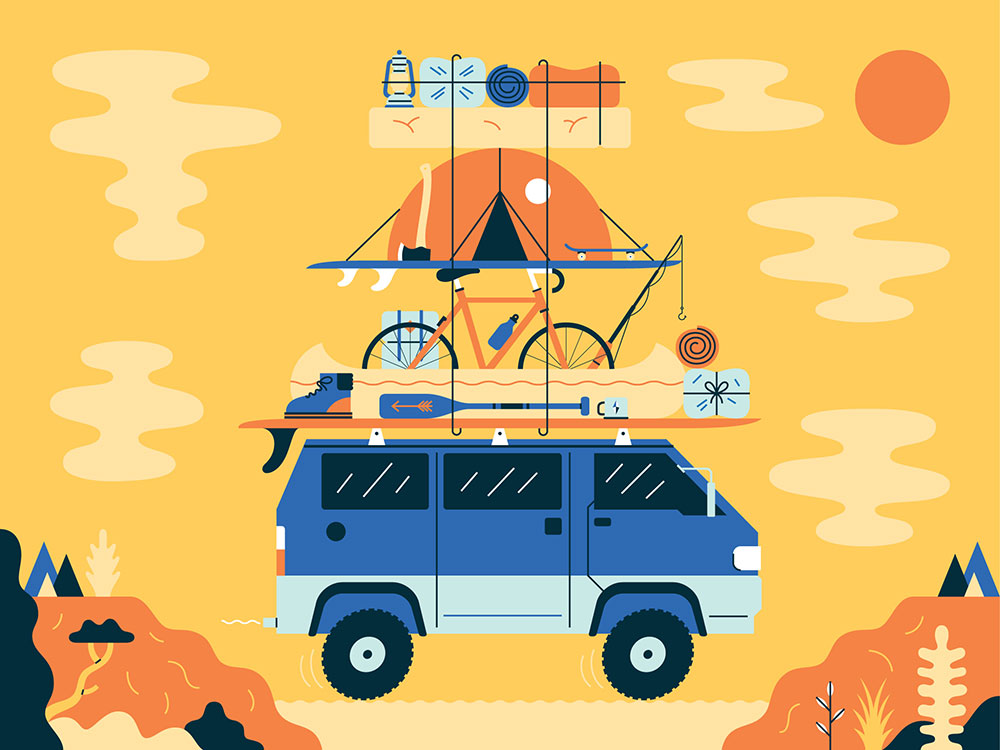 Brazilian Storms
It’s worth doing properly
The only book you'll want to read this year...
Killer carves: From the Cape to Cornwall