by Matt Button on 30th January 2019 in Adventure, Mountains

All that distracts for the beautiful footage is the alpine wind and ice axes raking their way up the 6.907meters face of Lunag Ri.


The peak sits on the border between Tibet and Nepal and has, until Lama’s attempt been unclimbed. Using only drone and head camera footage we follow the crashing contrasts of the claustrophobia of ice chutes and the terrifying exposure of solo alpine climbing.

We share the intimacy of Lama’s dark world, drawn into the terrifying confines of a head torch beam. Hot breath vapour wreath the path in steam, clouding every step. The only sound is Lama’s crampons clawing at the snow desperate for purchase. 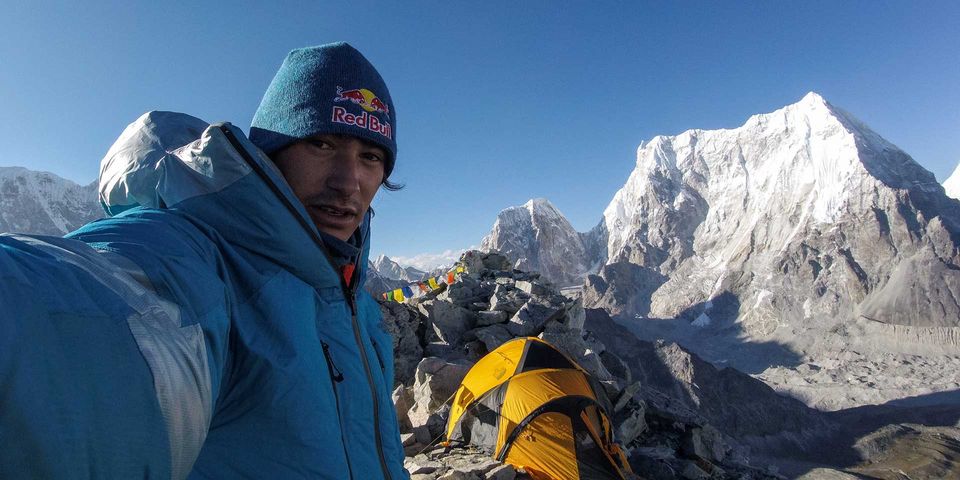 Then with the sun the drone pulls back from the lonely climber, back and pulls back further again revealing the isolation and vulnerability of the Austrian-Nepali climber as he pushes on up unpassed couloirs and ice waterfalls until he reaches the peak.

Yet even this isn’t a safe and solid point to stop and rest on one’s laurels. Lunag Ri’s peak is a dagger thrusting into the heart of the Himalayan sky. To reach the top Lama has to traverse the blade’s edge to truly summit.

The head camera takes in the silent and out of breath Lama as he takes a moment to record his staggering achievement. The drone hangs above showing yet again the precipitous nature of the summit and man’s insignificance. 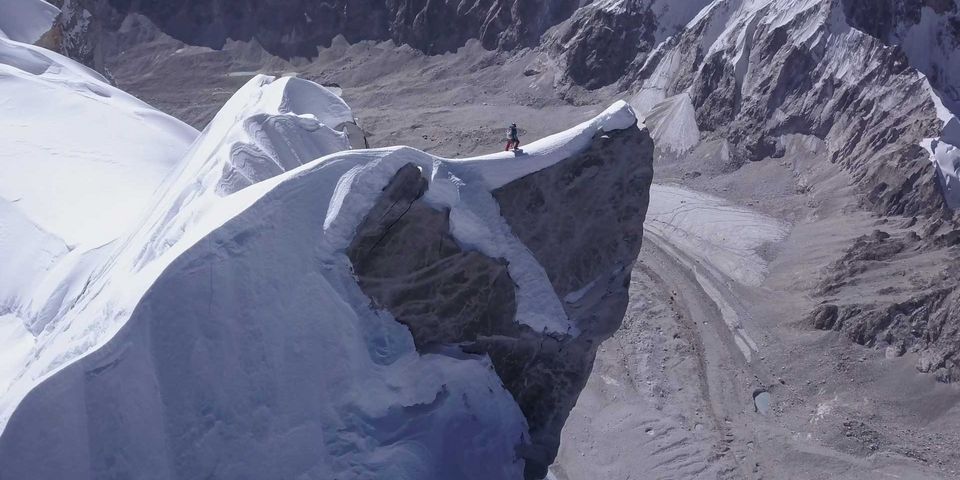 The borderline of possible: Are athletes pushing themselves too far?
A Line Between the Tides.
Adventure Campfire Mug + Dragon Flame Firelighting Kit
Tackling the White Queen