Colorado, that mecca of powder hounds, was for decades home to nearly 200 ski resorts and yet today barely 30 survive.

Lost in the scarred landscape of the Rockies, nature slowly reclaims its own. Trees tentatively colonise green, blue and black runs, metal barriers rust and woodwork feeds the fungi. Through this silent decay, The Road West Traveled crew, ski, tour and explore these vanishing worlds.

What is revealed is a deeply saturated history captured in Kodak

But resorts are not all monolithic megastores of snow fun. Many were created and carved out of the mountains by families and communities. Skiing once revolved around people instead of profits and the Road team took the time to interview those folks involved with these lost paradises.

What is revealed is a deeply saturated history captured in Kodak. Mom and pop ski resorts with diesel powered lifts who survived deaths, hauntings and the forestry service, bankruptcy, too much snow, too little snow and global warming. It makes for a fascinating tale.


Bethroud ski area for example had not only the first rope tow in Colorado and first double chair, but it was the first place to allow snowboarders who, at the time, were as welcome as VD in the ski world. Both the Sims and Burton boys and girls all head up there to set the foundations for the future of the sport. 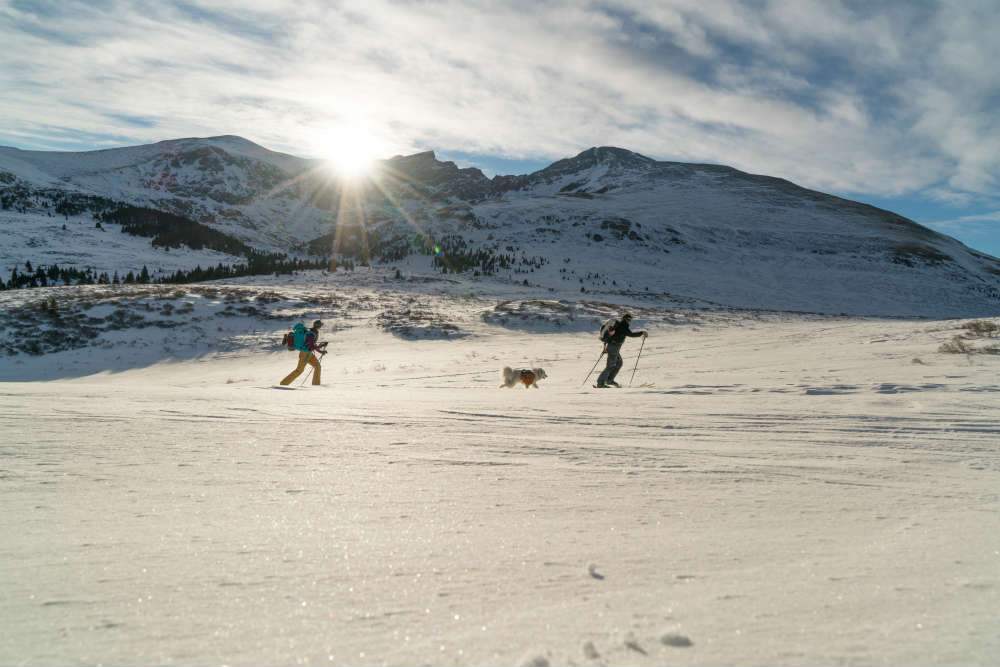 HOB interrupted all the fun to ask a few questions

How’s the season looking this year? Where are you based?

We are based in Colorado in the Boulder area. This season has been really good! The snow just keeps coming. Especially in comparison to last years below average snow.

Do you get to do this full time or do you have jobs like the rest of us mortals?

We do all have full-time jobs outside of filmmaking. We started this purely as a passion project working strictly on weekends and late nights after work. We have been blown away by reaction our first film has gotten since this really started out as a hobby.

There must have been some fun bits that didn’t make the cut. Any great stories that you’re holding out on?

We definitely have a lot of unused footage especially from all the interviews we conducted. We are hoping to have a use for some of those clips in the near future, so I don’t want to give away any spoilers just yet!

Do you have a favourite day?

It is tough to pick one favourite day. Every day that we were out filming was such a fun experience for a variety of reasons. A few of the days that really stand out are the day we got to film on Berthoud Pass, as you can see in the film we were lucky enough to have really good snow, so that is always nice to keep the crew’s stoke high!

Also when we were in Cuchara that was just a really unique experience having an entire intact ski area to ourselves. It felt like skiing in the apocalypse, there should have been people out there enjoying the day with us!

I’d also say that anytime we were able to interview people was a great day, it is so fun to hear and live vicariously through all these peoples experiences. 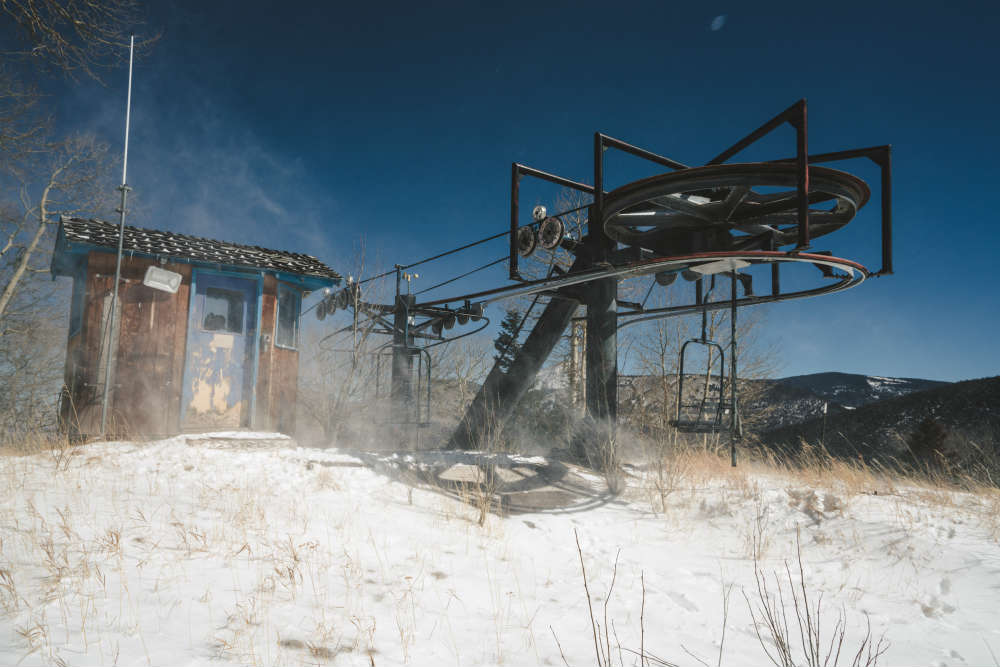 There’s been a return to grassroots everything, from coffee and gin to community development and education, are we about to start seeing hipster ski resorts popping up across the globe?

Unfortunately, I don’t see small ski areas making a comeback. The financial side of the business is just too demanding to sustain uncertain snowfall from year to year.

Hopefully I’m wrong and we can see a few more small areas pop up that can offer an affordable alternative to some of the bigger resorts out there!

We drained our hearts, souls, and personal bank accounts into making it

It looks like a fascinating adventure, full of melancholia and hidden histories. There certainly looks like a whole Netflix-sized adventure to be had. So what’s the next step?

It was quite the ride for sure! We had a lot of fun making the film and learned way more than we could have imagined when we started the project. The film has also garnered way more attention than we initially thought which has been so great to see.

This has been the most common question we have received, along the lines of when is “Abandoned 2” and “What’s Next?” It’s a tough one to answer, this was a two year project and we drained our hearts, souls, and personal bank accounts into making it.

We are hoping this short film is a stepping stone for us to potentially raise more funding to continue the work of preserving and telling the stories of these ski area that we started with “Abandoned”.

We are currently securing some support to do a deeper dive into just one ski area that has a lot of history, so stay on the lookout for an announcement about that one soon! 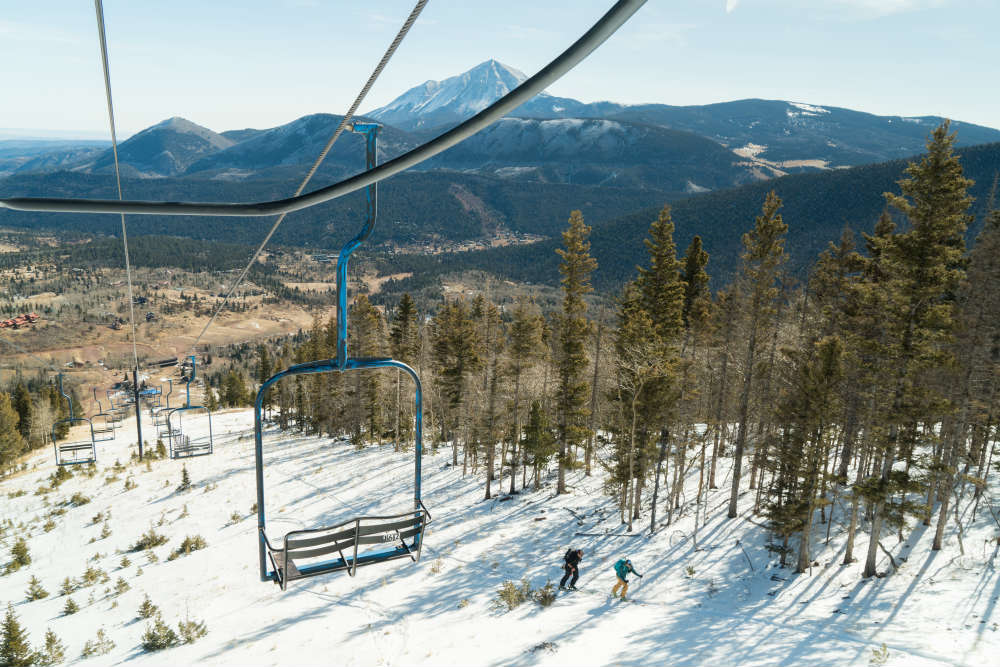 And finally what’s your dog’s name?

The dog is Summit! Skiing is his favourite thing in the whole world! You can keep up with him on Instagram @SummitTheSam

and with that the team head off into the snow because what’s better than skiing fresh pow with no one else but your friends and your dog?

In the (Tiger) Hood
Half Dome: Between a rock and a hard place
Tackling the White Queen
Time to Convert to Snowboarding?