Board sports are a community.

They are a community of both friends and rivals where goofy, regular, switch and fakie come together with a love of independence, individuality and creativity not found in other sports. 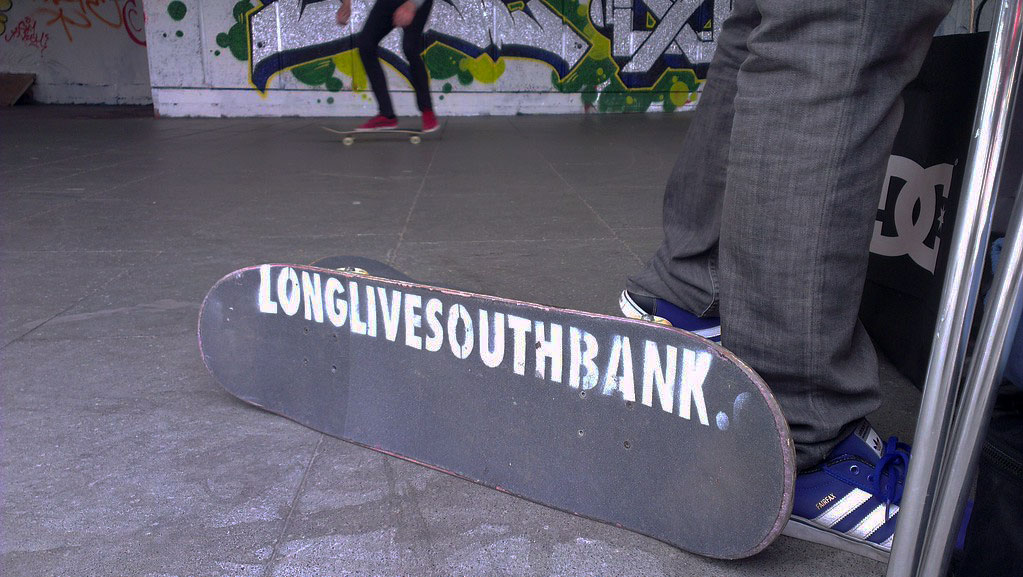 Long Live Southbank (LLSB) a non-profit charity set up with the sole mission to save what remained of the skating space. Image by Hatters!

London’s Southbank Undercroft is one such community that has had to fight for its very existence over its fifty year life.

Reputedly the world’s oldest active skating space and the sacred home of the UK’s skate scene saw an existential crisis. Without consulting the community, the Southbank Centre who owned the Undercroft space fenced it off. The new management then destroyed two-thirds of the skating space. 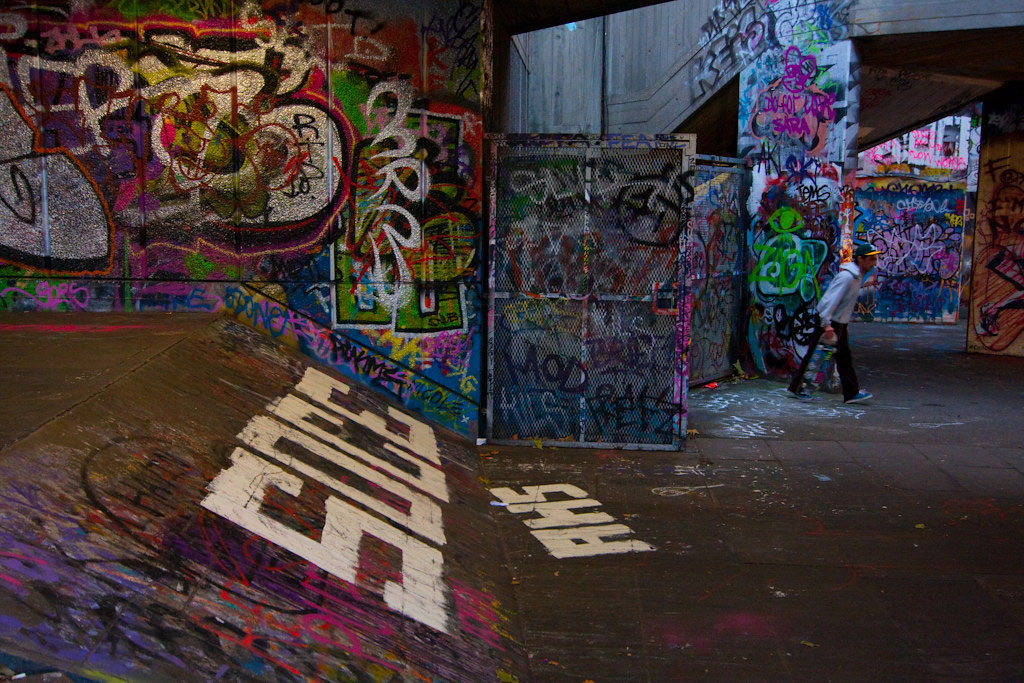 The skate area was spawned from from an unused space within the Southbank complex. It provided the perfect environment for UK skating as it was covered from the (sometimes relentless) rain. Image by lagusa

Under a planned £120 million Festival Wing Redevelopment banks, ledges and stairs would be rendered down to rubble and replaced with eateries and shops. The action would effectively erase 40 years of British skateboarding history overnight – in particular the Undercroft’s famed ‘bank to wall’, a 45-degree bank leading to a vertical wall would be gone along with a wealth of history.

The Southbank Centre offered a compromise

The prospect of losing the hallowed ground saw the Southbank’s skaters rallied to form Long Live Southbank (LLSB), a community driven non-profit organisation with the sole mission to save what remained of the skating space.

To ease heightened community tensions following the near-complete destruction of the Undercroft, the Southbank Centre offered a compromise. A replacement park, 120 metres further along the riverside, underneath London’s Hungerford Bridge would be built. The response? Two petitions signed by 15,000 and 27,000 LLSB supporters against the proposal. Making the Southbank Centre’s planning application the most unpopular in British history. 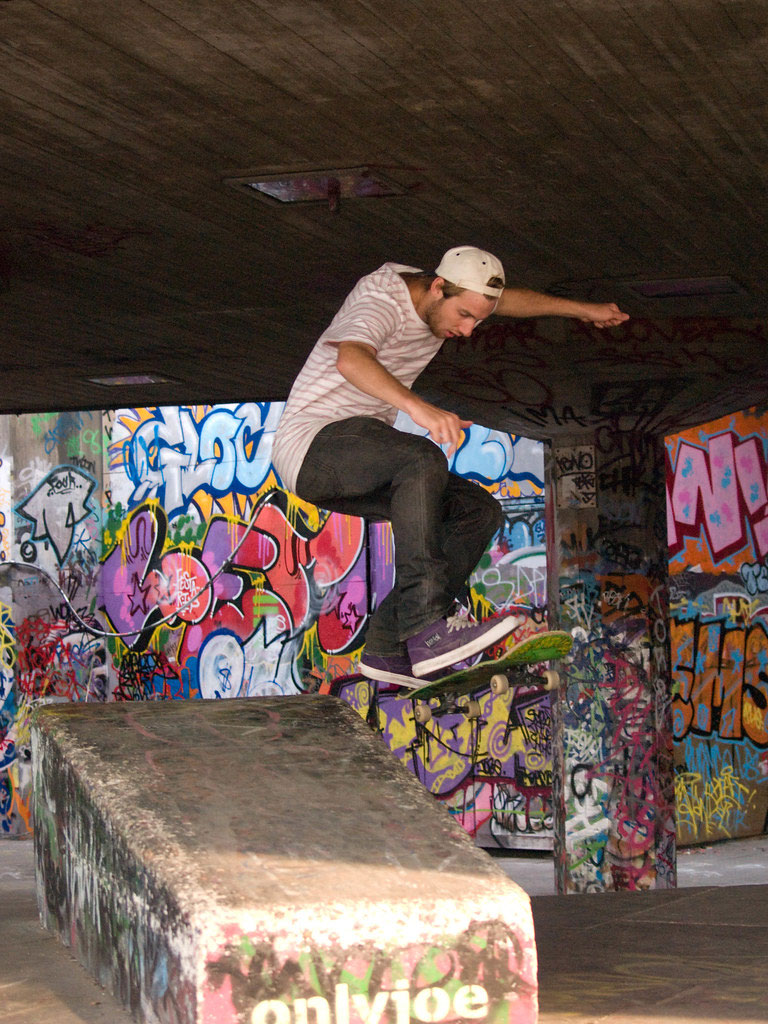 With increasing public scrutiny and fervent demands by LLSB that the Undercroft be preserved not relocated, Southbank Centre, the largest council funded art-institution in Europe, withdrew their Festival Wing planning application twice. Earning LLSB a statement of support from former Mayor of London, Boris Johnson in 2014.

Four years after winning a landmark 17-month legal dispute and witnessing a warming in relations between the Southbank Centre and LLSB, the Undercroft is set to be restored to its former glory. 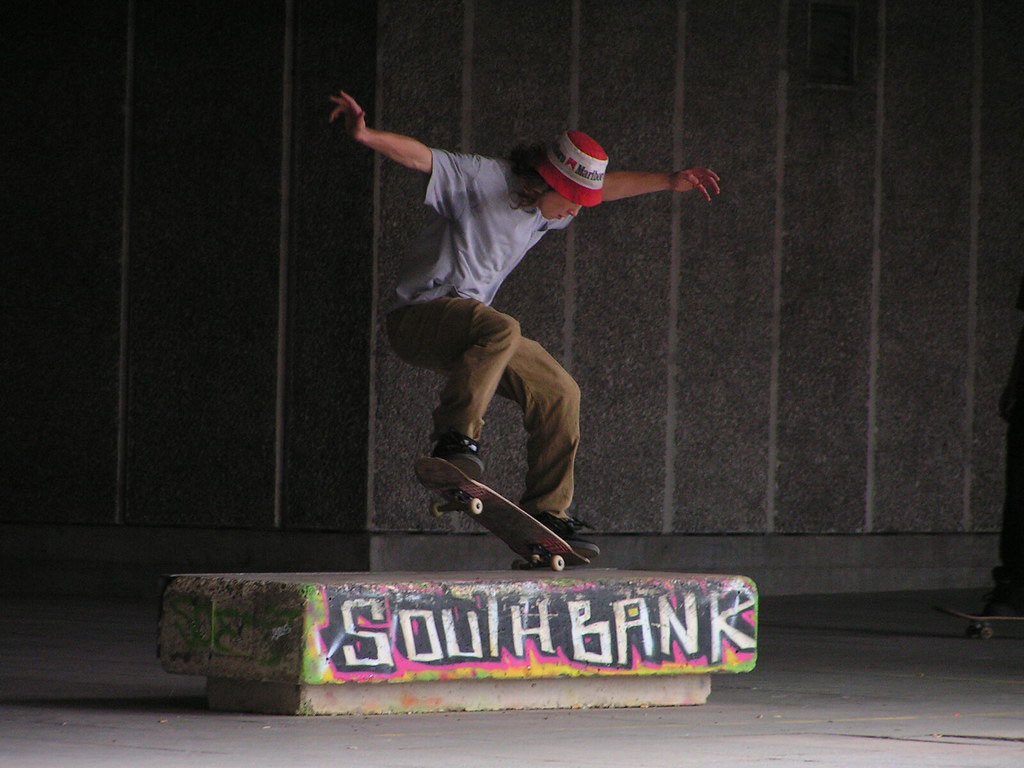 When smoking was cool.  Image by SlipStreamJC

With £861,000 raised (at time of publication) an anonymous donor has generously underwritten the remaining £240k to restore and open up untouched sections of the Undercroft since launching a joint crowdfunding campaign with the Southbank Centre back in June 2017, LLSB, BMX bikers, free runners, graffiti artists and many others are on target to see an expansion of their beloved space.

The redevelopment will see improvements in the Undercrofts lighting as well as a restoration of original 1960s banks and concrete paving. Proceeds from the fundraising are also to be directed towards the setting up of new space for skateboarding, graffiti and other free creative pursuits. A new creative HQ, organised by the Southbank Centre, to engage children and young people in creative learning will also be built under the plans.

Having been threatened with complete destruction to make room for a £120 million redevelopment scheme, the Undercrofts survival, serves as a salient reminder of what can happen when the ingredients of belief, determination and will are mixed together in the hearts of a few, in defence of a cause which supersedes oneself. 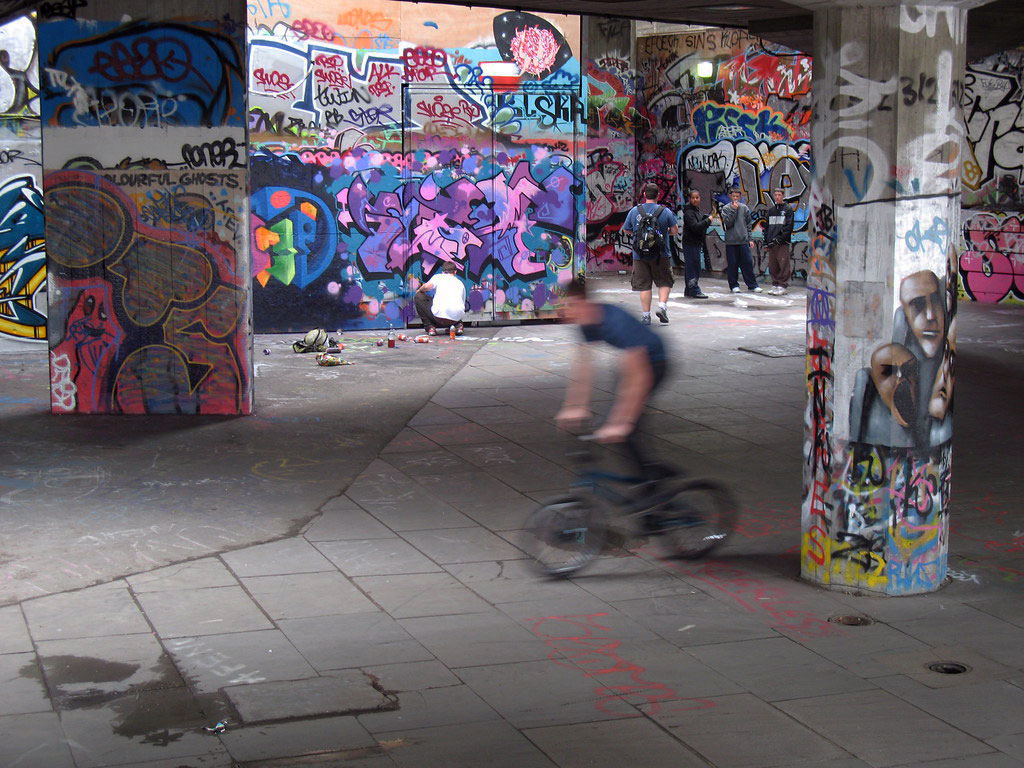 In an age of commercialisation and gentrification, where urban space is increasingly under threat from big money, the story of Southbank’s restoration goes far beyond saving an iconic skating space. It is ultimately a tale of what it means to be human.

To enter a shared space with others from all walks of life and collectively together, breathe in its significance. Where mutual respect for another is the only payment required to enjoy the space. An environment where the seeds of a distinctive culture have been cultivated over decades in the hearts of people who can express their humanness through art and movement. To those who find themselves within its walls, the Undercroft offers a “sacred space”, a sanctuary to just be.

Today, LLSB continues to be a powerful voice for the protection of creative spaces and communities, both in the UK and abroad who are facing their own battles in the fight for self-preservation and self-identity, where belonging, that most intrinsic of human desires, is the highest prize of all.