The Escape Committee. A journey across Europe in two generations

by Matt Button on 3rd January 2019 in Adventure

Who’s your Daddy? Time travelling across Europe in an Austin Cambridge.

Bored of travel? Want something more this summer? Why not try a little time travel?

All it took was a journal and some old photographs, next thing I’m in fifty-year-old car bound for Syria and Jordan, guided only by the heavy typeset of my mother’s diary from 1967.

Mum kept a record of their journey across Europe in the Summer of Love, as they trundled through a continent struggling to get back on its feet after the war. The trip had been a defining moment in their lives and, without even being born yet, mine too.

The plan was simple enough – find yourself an antique car, snatch up the journals and head off in search of the towns and villages from 1967

A rainy Sunday afternoon saw the discovery of both the Kodachrome photographs and dog-eared journals. Curiosity engulfed me.

The plan was simple enough – find yourself an antique car, snatch up the journals and head off in search of the towns and villages from 1967. Had any of that romance survived the tsunami of package tour development? 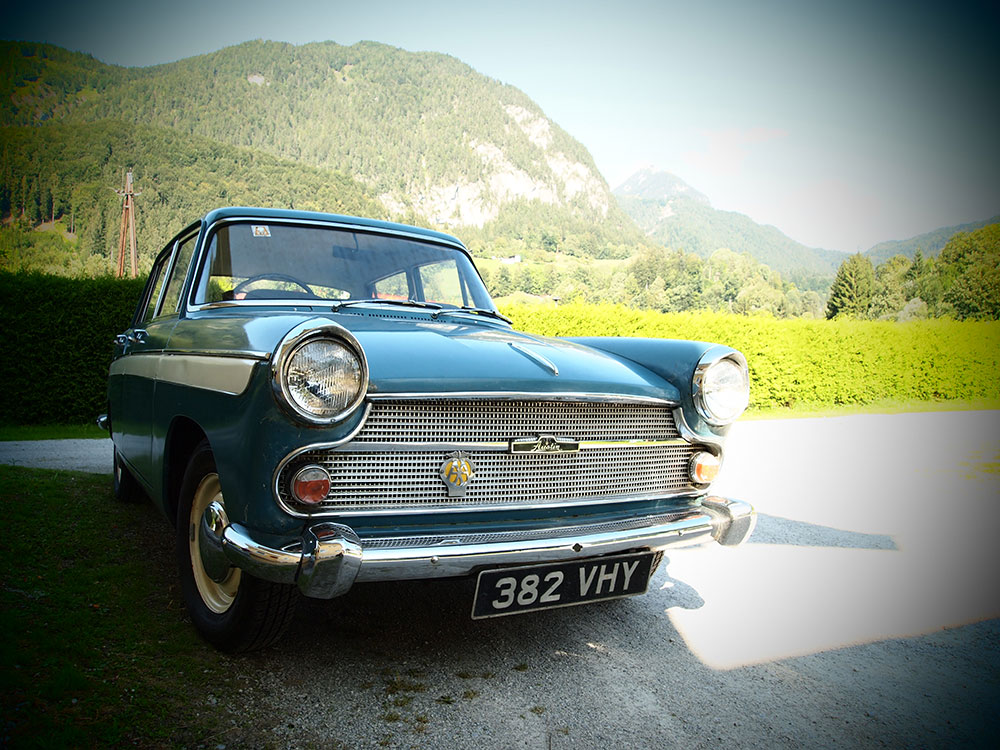 Do you know your parents? I don’t mean the bedtime wardens that you grew up with, but rather the people they were before you came along and made nappies, mortgages and pension plans important. I didn’t know the couple in the Kodachrome frame.

They learnt affectionately into each other on the side of an alpine road, tanned, healthy and full of the vigour of the open road. They were not the fashion criminals, and the get-your-haircut squares that I knew. Those two young people were cool as cats. Sleek, chilled and having a blast, man!

You have a fifty year old Austin Cambridge and the journals what’s next? Now quit your job and off we go. Well, unless you can afford weeks off work you’ll have to jack in your job, unplug from the Internet and set out to the beat of Count Basie in search of those young cats. You won’t find them otherwise.

I was fascinated by the change in continent. To me it had always been dull little Europe. How could it compete with the exotic shores of Cambodia, Micronesia or Madagascar? 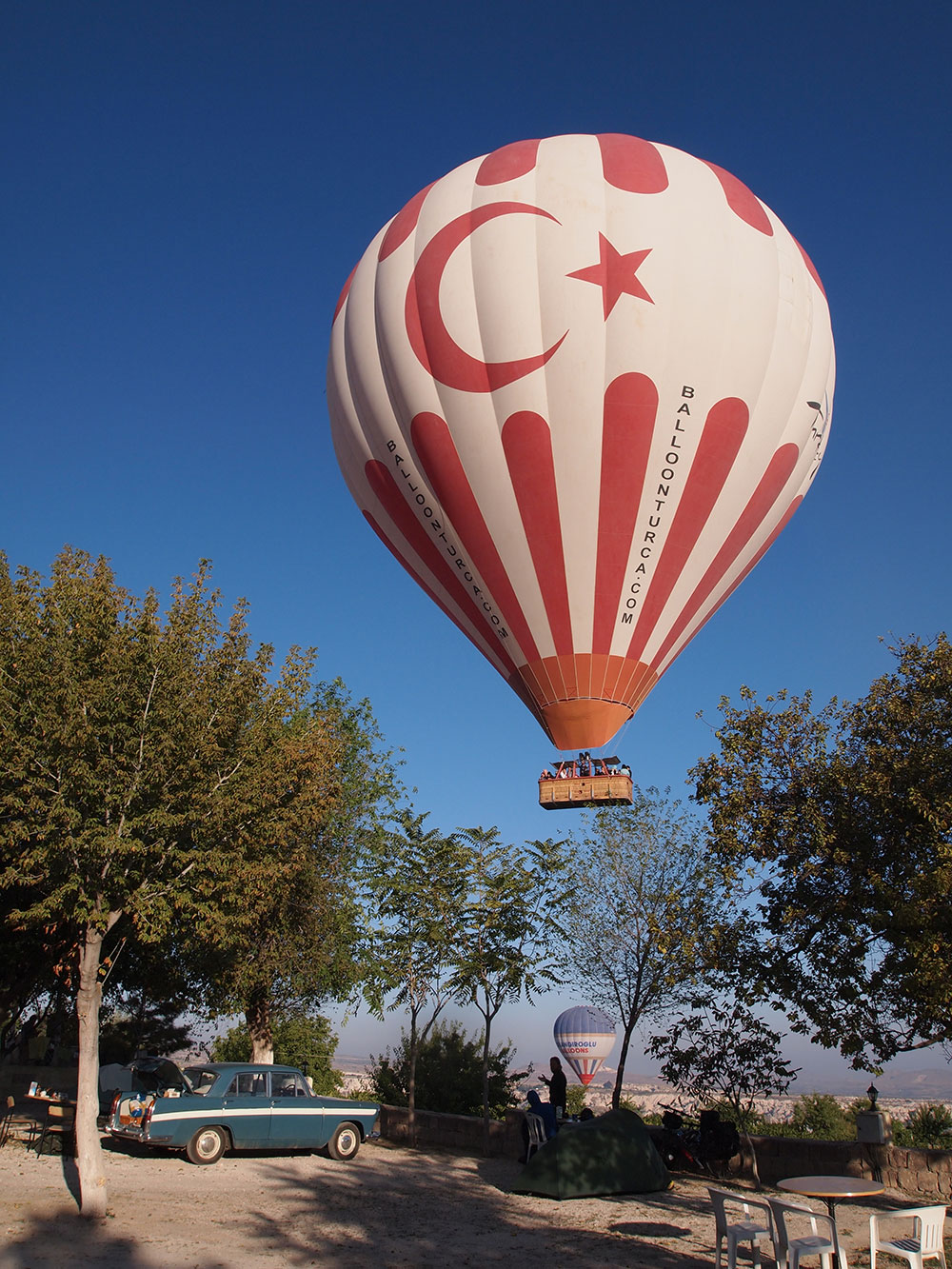 But in this state of mind behind Austin’s Bakelite steering wheel even Belgium felt gloriously new and glamorous.

Soon the roll of the ancient chassis and the deep leather aroma lull you into an unhurried pace. Driving Austin was like guiding a stately barge; I felt somehow there should have been a pipe rack next to the indicator. When people say ‘it’s not what you do but how you do it’ they had Austin in mind.

It took hours to get anywhere and that was assuming there was anywhere to get to. Campsite after campsite had been swallowed up by the decades. We lost hours each day searching for ghosts.

Through the Balkan states but their beloved the Aegean beckoned. Here they learned to water ski. Payment was a handful of good English teabags. In fact the great British brew had served them well as a currency in a world before ATMs, credit cards and the euro.

The journey would take me to the very edge of the Syrian conflict. In 1967 the Six Day War had sent my parents home. The modern day crisis did the same for me. It’s astonishing that the two conflicts could bookend both journeys preventing us all from reaching the Red Sea on the shores of Africa. But that’s not the point is it? 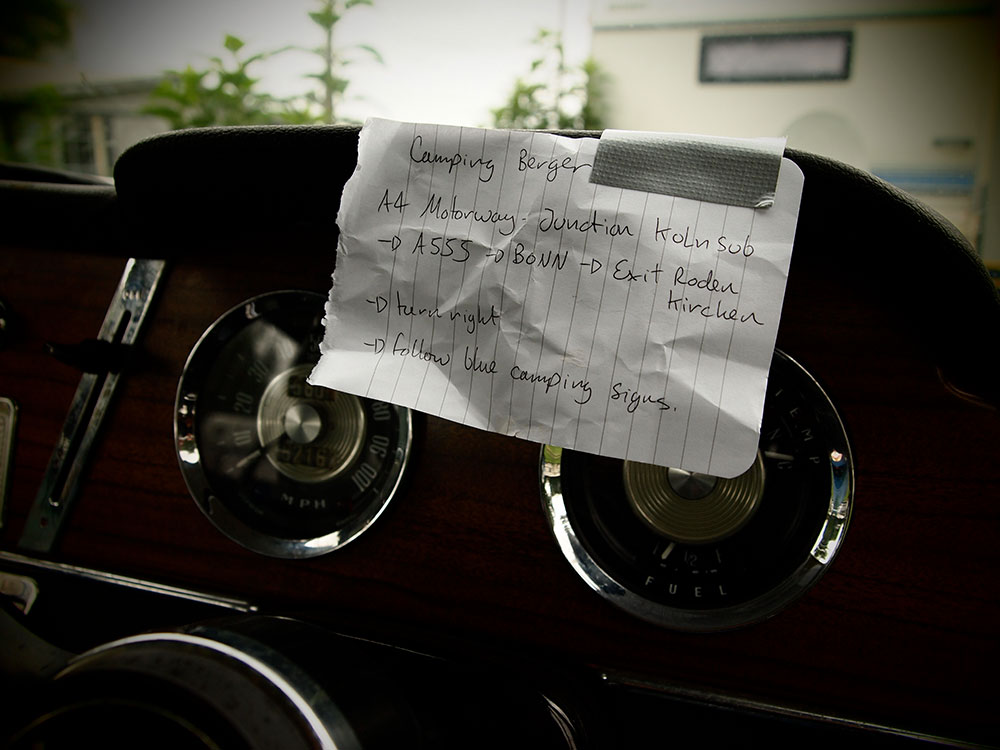 The aim was to try a little time travel, to see a familiar world through different eyes from a different age. At the same time learn a something about this wonderful little continent we live on.

But above all find those youngsters in the photographs and diaries. Maybe, just maybe, we owe it to parents to see how they were before we utterly ruined their lives.

To try this at home you’ll need 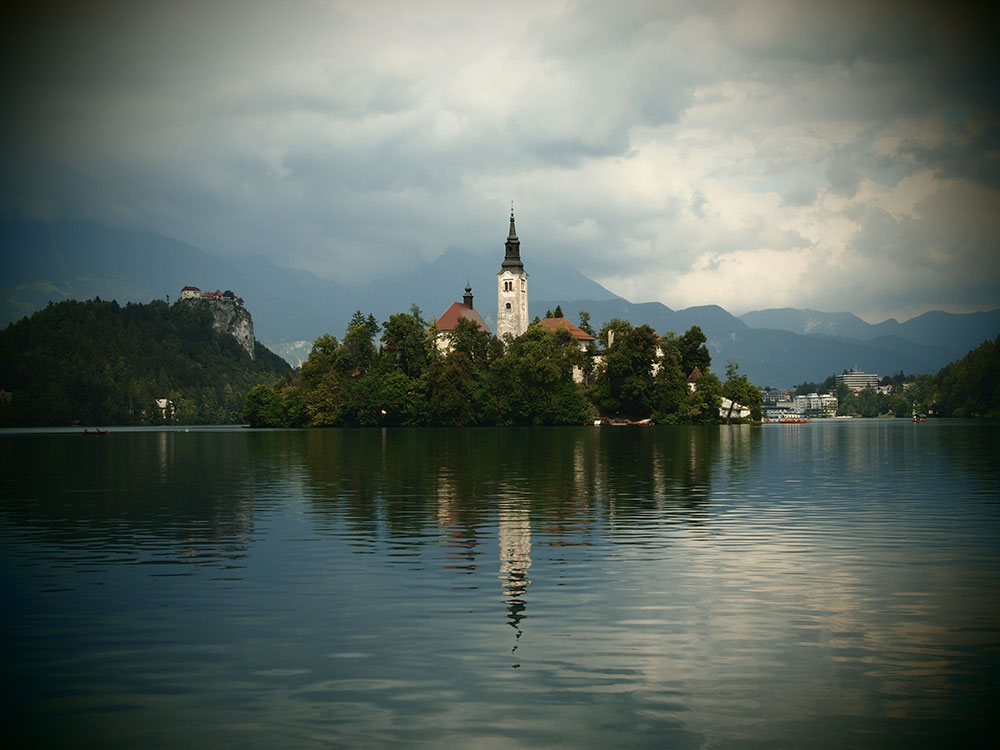 House of Beyond: What's it all about?
Books every adventurer should read
Tackling the White Queen
A Line Between the Tides.