by Tom Watts on 22nd December 2018 in Photography
Time to read: 3 minutes

On the tenth anniversary of the famous ‘Miracle on the Hudson’ landing by ‘Sully’ Sullenberger, Front Room Gallery will feature a selection of Stephen Mallon’s photographs of the airplane Flight 1549 from his series ‘Brace for Impact.’

Front Room will also feature works from Mallon’s well-known series ‘Next Stop Atlantic,” which follows the reefing of NYC subway cars as they are brought from the Bronx to offshore locations as far south as Georgia and eventually dropped into the ocean to become artificial reefs. 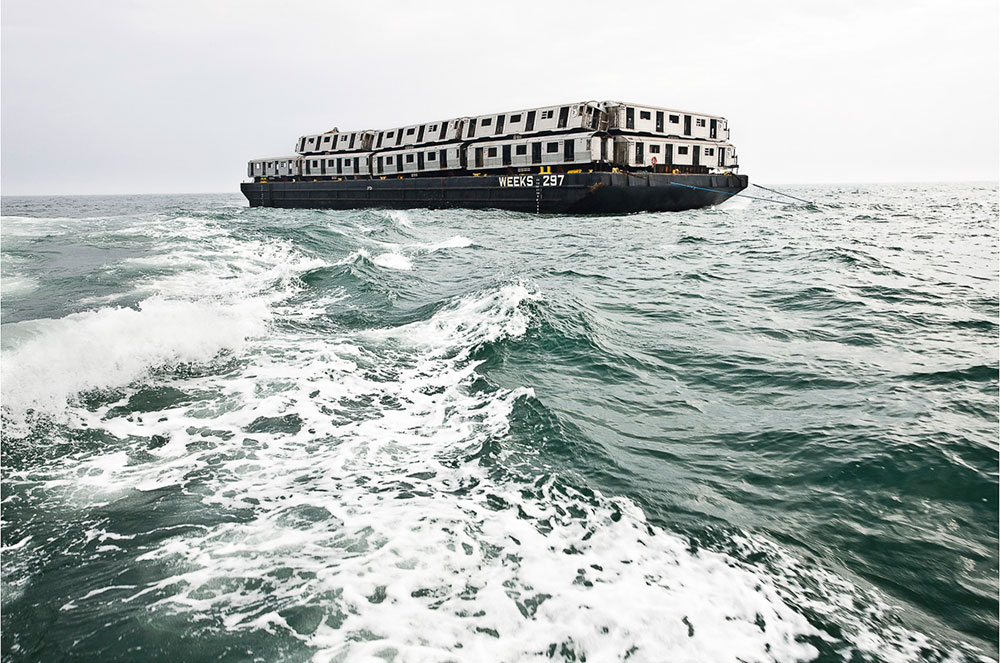 Additionally, ‘Planes, Trains and Automobiles’ will also feature dramatic new works by Mallon of cars in an industrial scrapyard in the Midwest as they go to their final destination, that great parking lot in the sky.

We all remember that bitterly cold day in January 2009 when a flock of Canadian geese intersected the flight path of an Airbus A320 leaving La Guardia Airport and forced the most successful (and famous) plane ‘ditching’ in history.

It wasn’t just a ‘miracle’: it was a phenomenon. Four months earlier the economy itself had crashed, and the housing market was in a tailspin; it seemed like the world was coming to an end. Sullenberger was the hero we all needed: he saved 155 souls, right there in the Hudson river, with the world watching live. The story went on to become the subject of movies, books, and interviews on talk shows on all networks. Stephen Mallon’s photographs capture another side of this story, what happened afterward.

In Mallon’s epic photograph ‘Wing,’ the plane’s fuselage is completely submerged, save for a lone wing jutting out of the ice-covered water just piercing the horizon line, which is lined with the Statue of Liberty, Ellis Island, the Colgate clock and industrial smoke from New Jersey. 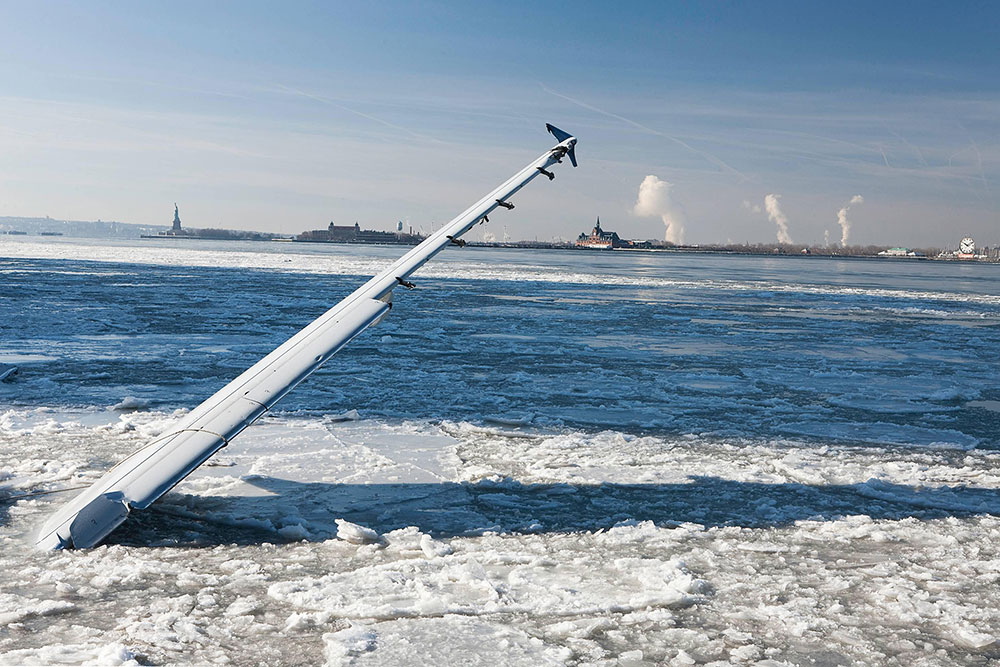 Mallon’s epic photo as the Hudson plane goes under…

It is a scene that is so apocalyptic feeling that it would be right at home in ‘The Planet of the Apes.’ In another photo a diver emerges from beneath boulder-sized sheets of ice beside the sunken plane wearing a heated wetsuit that seems more appropriate for outer space than the Hudson river. As the tenth anniversary of the event rolls around, these photographs remain gripping, and demand another look.

Mallon has gained equal amounts of acclaim for his series ‘Next Stop Atlantic,’ featuring decommissioned NYC Subway cars as they are retired in the depths of the Atlantic Ocean as artificial reefs.

Mallon’s photographs elicit both the sadness and the beauty of cascading water overtaking these iconic figures of New York transit as they sink beneath the surface of the water; surges and sprays are caught in time.

One photograph hauntingly depicts elements of nature creeping into their barren hulls: drifts of snow line the walkways, and a glimpse of sunshine streams through their removed doors as they wait in stacks to be carted off to sink to the dark depths of the ocean floor.

In addition to these much-lauded series, the exhibition will also introduce some never-before-seen photographs that Mallon has taken in industrial scrap yards in the Midwest. These works follow the scrapping, the melting-down, and the remaking of defunct automobiles into new automobiles. 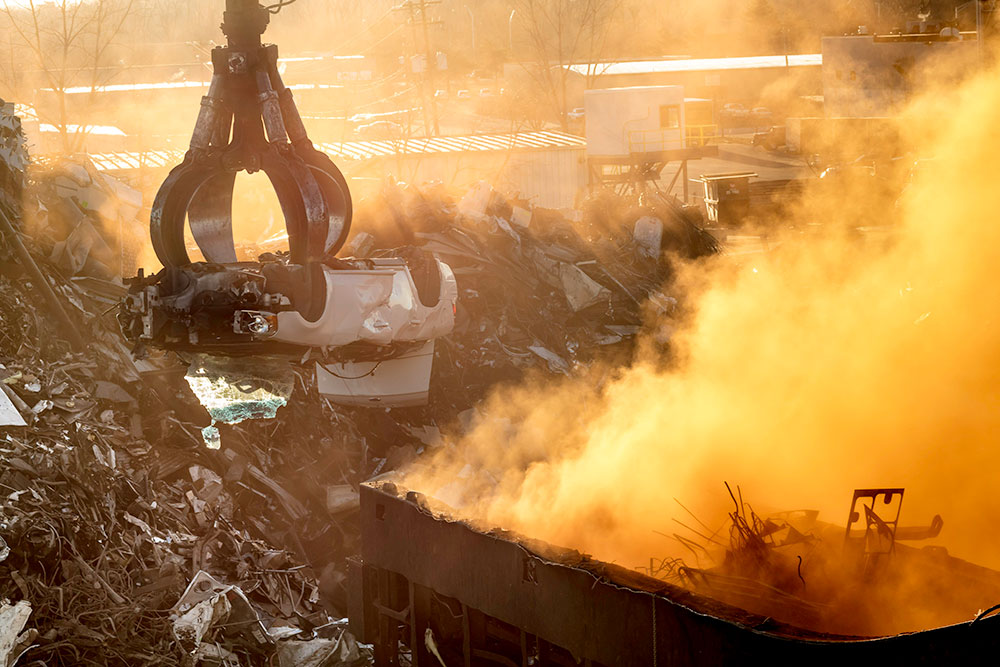 In one photo massive twisted mountains of metal shimmer, as a claw-like device lifts a barely recognizable sedan over an ominous smoldering landscape.Mallon’s work can be frightening, showing huge crashing, splashing, smashing hunks of metal flying through air.

His work is about the environment, and, as terrifying as it can be, his photographs always look for positive aspects of the way that humans interact with the environment through recycling. 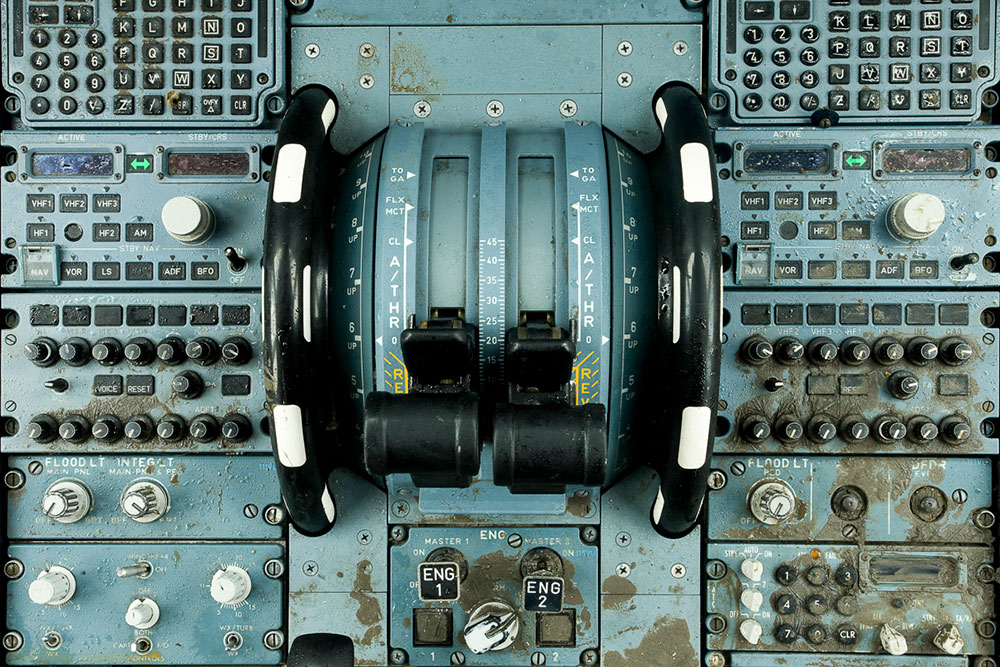 The cockpit of the Hudson plane 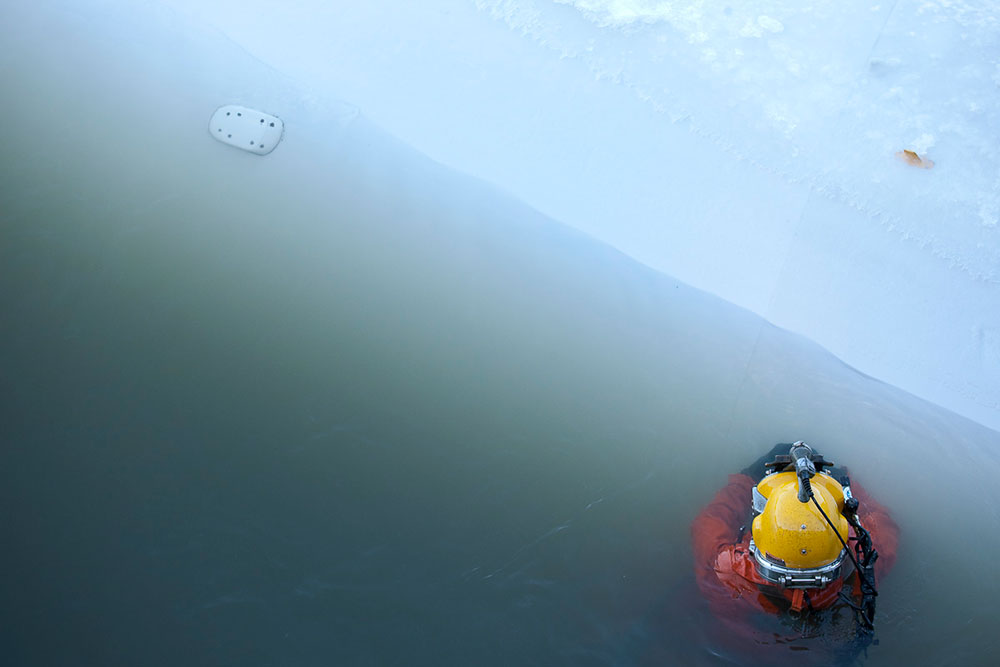 A diver emerges next to the sunken plane