Jenny Banks, Finisterre’s Wetsuit Recycler, takes a break from working from home and baking some cakes to chat with us about the future of wetsuit design and manufacture, our problem with plastic and consumer power.

Dividing her time between Exeter University and Finisterre workshop in St Agnes.

In layman’s terms what is Finisterre doing that is different to the standard paradigm of wetsuit construction?

Basically, the eco-wetsuits, and eco- materials in general, are becoming more important particularly in the surf industry. Finisterre are quite new to the wetsuit game. Initially we didn’t know how to do it sustainably which is why we held off.

We approach the design process by deciding what they want to do, how we use something and what or where are the most sustainable materials. The more we read about the wetsuit industry the more we thought ‘Wow This is going to be really hard!’

The elephant in the room is the end-of-life

Initially we went for longevity but Tom [Kay – Finisterre founder] wanted something more sustainable. Now we have Yulex and Patagonia lead the way with that. We’ve now got our own Yulex which is amazing and at the moment it is the most sustainable suit on the market, but the elephant in the room is the end-of-life and no one’s been looking at that.

Wetsuits have to perform. Products like jackets can be repaired but you can only do it to a degree with wetsuits and all the time their material is degrading. The present shelf life for wetsuits is two to three years, if you are regular surfer. End-of-life is really important in this field. So that’s what Tom wants to do.

Paul McCutchion at Exeter University who is involved with the Centre for Remanufacturing based in the engineering school is a keen windsurfer and really wanted to help. That’s where the partnership started. It’s a two year funded research project with Innovate UK and we’re in month 13.

This is a massive task so we first decided what we wanted to achieve. We thought ‘what are we going to tackle first?’ and then had to find out what the issues are with the recycling.

One of the key problems is that wetsuits are design to perform. It’s a really complex construction and it’s very difficult to disassemble and recycle. There’s loads of different materials. We thought we would focus on whether we could redesign a wetsuit to still perform but it’s a lot harder than you think. It was almost reverse engineering.

We spent months just learning to understand wetsuits. A lot of ‘knowledge’ is almost apocryphal and handed down since the 1950s so we had to find the real scientific data but there wasn’t much so we began to critique and question what is the perceived knowledge. Once we had that we made a prototype.

Now we are starting recycling trials. We put a shout out to our shops and customers asking for any old wetsuits.

What exactly is it that you’re doing? You have a very unglamorous title of wetsuit recycler.

I know! Tom wanted to really illustrate that we had someone on this wetsuit recycling problem, full-time. Most other brands don’t have this and it’s really important but yes it would be nice to have a more magical title (Laughs).

It’s a KTP [Knowledge Transfer Partnership]. I’ve come straight from the masters in materials, not material science specifically but more future designs, materials research development and innovation. I looked at the fast fashion industry. My masters was at Central Saint Martins.

Not knowing much about wetsuits to begin with I have been able to come at this with completely fresh eyes. And I’ve had to learn everything, every detail, and consequently question all the previous assumptions. 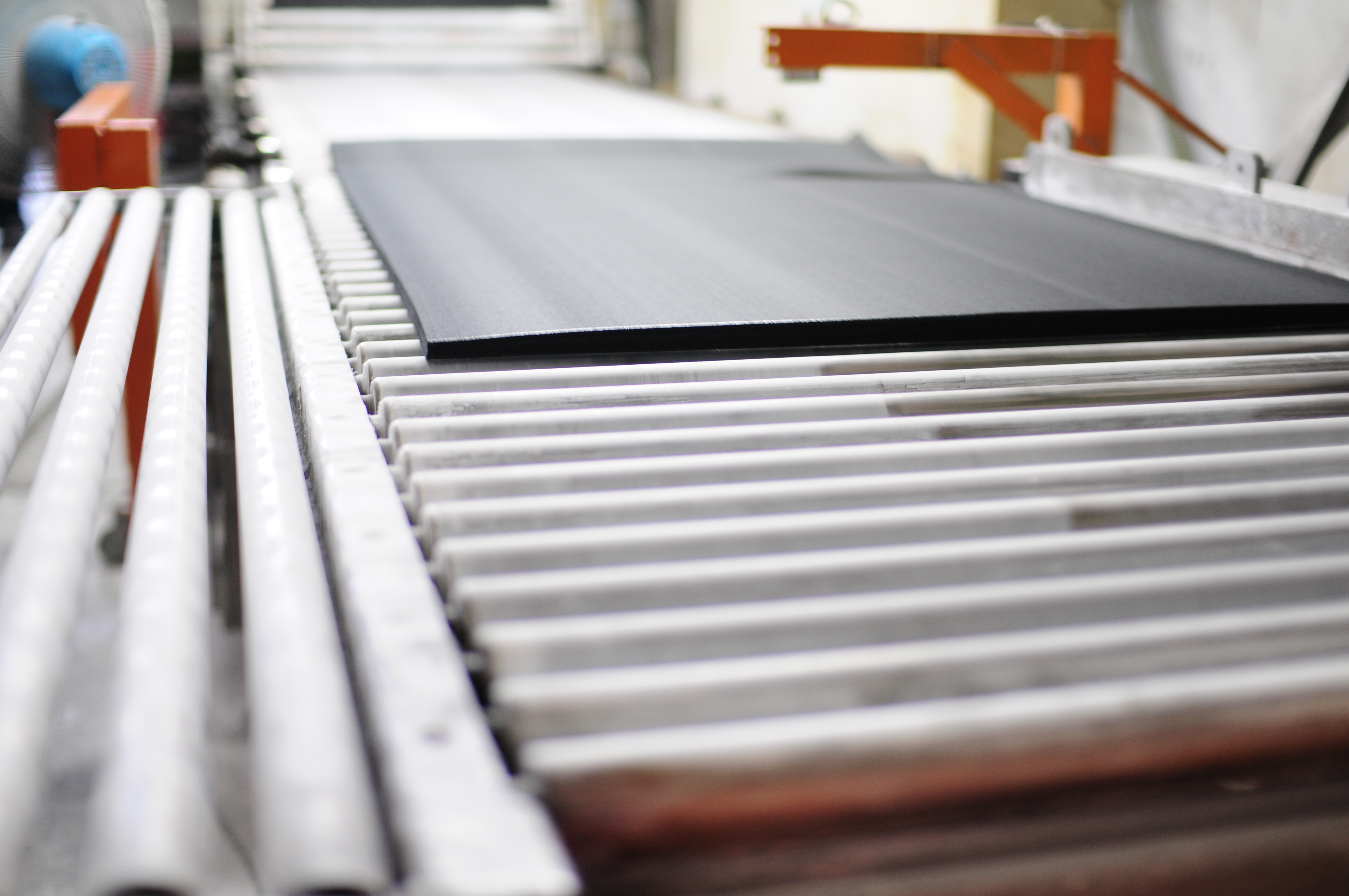 Are you stripping the materials down and taking them it back to their chemical components layers?

The best way to recycle something, e.g. a textile, is to repair it and therefore reduce the energy in input. However, it you were to strip down a polyester jacket to its component parts, it’s obviously a massive energy problem so it would be preferable to upcycle.

We did lots of work at the beginning about the degradation of the materials to identify if there’s any areas of the suits with smaller differences. But the logistics of reusing each of the panels is surprisingly difficult but it’s something I would like to explore more, but it is a massive headache.

Chemical recycling is top-secret at the moment

We’ve got 13 different sizes with roughly 15 panels. We thought that maybe we could take the chest panel from here and put them into a new suit. It seemed quite simple but actually it’s very complex. Wetsuits mould to individual’s body shapes as well. We’ve started looking at the chemical recycling as well but that’s all top-secret at the moment (laughs). This is exciting research, recycling at the chemical level. You can get some really good quality recycled rubber out to then reuse for wetsuits. That’s the sort of trialling we’re getting into at the moment.

After a recent Christmas shopping trip to a garden centre I was horrified by the amount of plastic that was present. It’s hard not to sound like a humbug when somebody says ‘shall we buy some more Christmas lights?’ and your reply is ‘nope they’ll only be choking a turtle in two year’s time anyway’

It’s horrific. I’m exactly the same. Supermarkets have everything wrapped in plastic, which is very depressing. We are working on another project within Finisterre which is about our packaging. There’s loads of really fantastic ethical film packaging out there but it’s just not mainstream yet.

Businesses need to take responsibility but the consumer needs to, too. If enough people demand them then it will change. I genuinely think that people want to do the right thing, so if we can continue to educate people about the damaging effects of certain materials we are on to a winner. It’s an interesting discussion.

What is the immediate future for the wetsuits?

We’ve been out to Taiwan, which is where we get our wetsuits made in one of only three factories in the world. We’ve signed off our first recyclable wetsuit prototype which is being made over the next few months and in the spring we’ll have prototypes to get in the water.

Also there’s more recalling of old wetsuits. And I’ll be scurrying away in the lab looking at what materials we get out of our trials and make new neoprenes and foams and see how they perform. Lots of supply chain conversations as well. There is quite a lot going on, but ultimately we want to help the industry to change for the better.